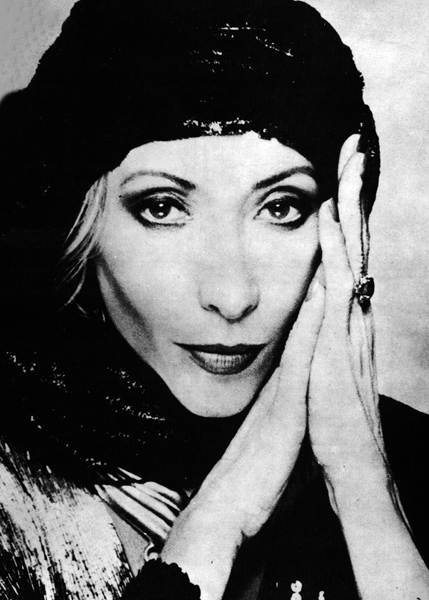 A ballerina, ballet mistress, producer, and choreographer, Natalia Makarova was born and educated in Leningrad, Russia. Although she enrolled in the Vaganova Academy late, at the age of 13, she soon made up for the lost time and completed the school’s nine-year programme in six years.

Straight from school, in 1959, she was engaged by the ballet company of the Kirov Opera and Ballet Theatre. Successes followed: she became a ballerina, won the Golden Medal of the International Ballet Competition in Varna (1965), and was honoured with Anna Pavlova Prize (Paris, 1970).

In 1970 she went to London with the Kirov to dance Giselle, one of her most impressive roles, but decided the stay in the West and successfully applied for asylum in the UK. Already in the same year she was offered a post with New York’s American Ballet Theatre, where she soon debuted as Giselle. Over the next 12 years she spent with the company, she created many leading roles and worked with America’s top choreographers.

In 1972 she became a guest dancer with the Royal Ballet in London. She appeared in the leading roles in Swan Lake, Giselle, Sleeping Beauty, and Les Sylphides, as well as ballets by Frederick Ashton (Cinderella, A Month in the Country), Kenneth MacMillan (Manon, Song of the Earth, Concerto, Romeo and Juliet), Bronislava Nijinska (Les Biches), Balanchine (Serenade), Robbins (Dances at a Gathering), Tetley (Voluntaries), and van Manen (Adagio Hammerklavier). She bid farewell to the London company in January 1989 with the title role in Romeo and Julia.

Renowned choreographers have created pieces especially for the great ballerina. Among these are: Other Dances by Jerome Robbins, Le Rossignol by Frederick Ashton, Epilogue and Le Désir by John Neumeier, Contredances by Glen Tetley, Blue Angel by Roland Petit, Mephisto Valse by Maurice Béjart, and The Miraculous Mandarin by Ulf Gadd.

In 1974 Natalia Makarova began working as a ballet mistress. She staged Kingdom of the Shades from Marius Petipa’s La Bayadère with the American Ballet Theatre. In 1980 she put on the full ballet with the ABT, which became the first company in the West to show the work in full. She then went on to stage La Bayadère with many renowned companies, either in full (Royal Ballet in London, Swedish Royal Ballet, La Scala Ballet Theatre, Ballet of Australia, National Finnish Ballet, Hamburg Ballet, and ballets of the Teatro Colón in Buenos Aires, Teatro Municipal in Rio de Janeiro and Santiago de Chile) or focusing on Kingdom of the Shades (National Ballet of Canada, the English National Ballet, and San Francisco Ballet).

She has worked for film, TV, and musical theatre. She appeared in film adaptations of Swan Lake, Giselle, Romeo and Juliet, and La Bayadère. She stared in BBC’s Ballerina Assoluta and The Leningrad Legend, Channel 4’s In a Class of Her Own, and Thames Television’s Natasha. She wrote and hosted a documentary titled St. Petersburg to Tashkent, broadcast internationally as part of the BBC’s popular series Great Railway Journeys. She starred on Broadway in the musical comedy On Your Toes, winning the Tony Award for the Best Actress in a Musical and a few other American theatre prizes. She also presented the musical on London’s West End, winning the Laurence Olivier Award.

In August 1988 Natalia Makarova reunited with her original Leningrad company in London, joining them ostage to perform a fragment of Swan Lake. A few months later, having spent 19 years away abroad, she was invited to her home country as the first of the famous dancing emigrants. On 1 February 1989 she re-appeared on the stage of the Kirov Theatre. The event was showed in the BBC’s documentary Makarova Returns.

In 1991 the artist performed in her first dramatic play, Tovarich. The piece debuted at the Chichester Festival, then moved to the West End. In 1992 she returned to Russia once again to star in Two For the Seesaw in Moscow and St. Petersburg. In 1997 she went back to Chichester to play in Bernard Shaw’s Misalliance. In 1999 she appeared at the Charleston Festival in Wooing in Absence after letters of Lydia Lopokova and her husband John Maynard Keynes, and later presented the show at Tate Gallery (2000) and Lincoln Centre (2001). Her last dramatic role was Elvira in Noël Coward’s Blithe Spirit in London.