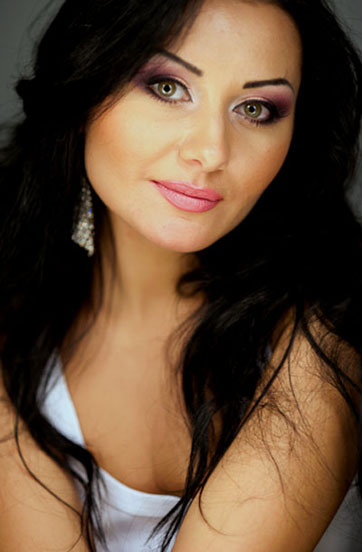 Moldavian soprano Olga Busuioc attended the Stefan Neaga Music Academy and the G. Musicescu Music Academy in Chisinau (Moldova). She then moved to Italy to continue her studies under the guidance of Mirella Freni.

She has won several prizes at prestigious international competitions. In 2011 she won the second prize and Zarzuela Prize at Placid Domingo’s Operalia competition in Moscow. In 2012 she won the Belvedere Vienna Price for Wagner Aria. In the same year she won first prize at the Francis Vinas Competition, Price L’associacio d’amics de l’Opera de Sabadell, and first prize at the Premi Extraordinari Festival Castell de Perelada in Barcelona. In 2013 she took the first place in the Stanisław Moniuszko Competition in Warsaw, also winning a prize for best performance of a Moniuszko aria and the Marcella Sepmbrich Kochanska Prize for best female voice.

She made her successful international debut in La Boheme at the Hungarian State Opera, followed by performances in Tchaikovsky’s Iolanta and Eugene Onegin (Tatyana). She has distinguished herself by the Puccini’s repertoire.

Her repertoire also includes Liu in Turandot, Micäela in Carmen, Countess in The Marriage of Figaro, Desdemona Otello, Musetta in La Boheme, and Lilia in Herculanum. Her latest engagements were Mimi in La Bohème in Los Angeles Opera, the title role in Manon Lescaut in Valencia, and Cio-Cio-San in Madama Butterfly in Bologna. In the 2017/18 season she will perform the title role in Herculanum at the Wexford Festival Ireland, Mimi in La Boheme in the Teatro di San Carlo Naples, the leading female role in Eugene Onegin at the Teatr Wielki in Warsaw, and Micäela (Carmen) in the Teatro Real Madrid.