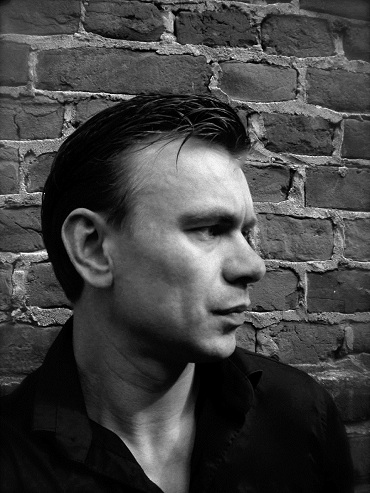 Pavlo Tolstoy was born in Lviv, Ukraine, where he studied music under one of the country’s most distinguished singers, Roman Witoshynski.

From 2002 to 2005 he was a soloist with the Lviv Opera, singing Alfred in J. Strauss’s The Bat, Beppo in R. Leoncavall’s Pagliacci, Dancairo in G. Bizet’s Carmen, Alfredo in G. Verdi’s La Traviata, Lensky in P. Tchaikovsky’s Eugene Onegin, and Stefan in S. Moniuszko’s The Haunted Manor.

From 2007 to 2017 he was a soloist with Opera Nova, Bydoszcz, Poland, where he could be heard as Ismaele G. Verdi’s Nabucco, Pinkerton in G. Puccini’s Madama Butterfly, Alfred in G. Verdi’s La Traviata, Nemorino in G. Donizetti’s L’elisir d’amore, Isep in A. Ponchielli’s La Gioconda, Otokar in J. Strauss’s The Gypsy Baron, and Rudolf in G. Puccini’s La Bohème.

As of the 2017/18 season, Mr Tolstoy became a soloist of Opera na Zamku, Szczecin, Poland.

The tenor can also be heard at the opera houses of Kraków and Gdańsk, Poland, as well as the Teatr Wielki – Polish National Opera, Warsaw, where he sang Alfredo in Mariusz Treliński’s production of La Traviata and, earlier, Lord Bucklaw and Norman in G. Donizzeti’s Lucia di Lammermoor, as well as Jose in A. Tansman’s The Oath.

Mr Tolstoy has also performed internationally: he was Shepard in K. Szymanowski’s King Roger at the Teatro Liceu, Barcelona, the Mariinsky Theatre, St. Petersburg, and at the Edinburg Festival under V. Gergiev.

The artist’s repertoire also includes oratorios and cantatas, which he has performed at concert halls across Poland and abroad. Most recently, he sang K. Szymanowski’s Symphony No. 3 under Maestro A. Wit with the Brussels Philharmonic.