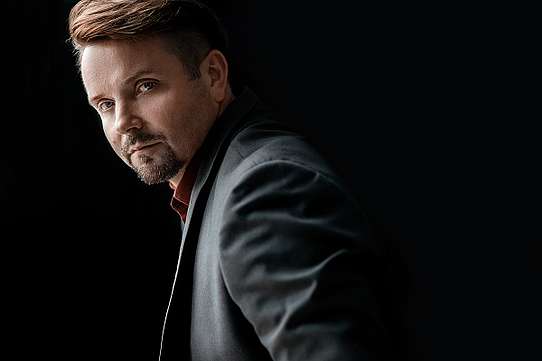 Polish tenor Paweł Skałuba graduated with distinction from the Stanisław Moniuszko Academy of Music in Gdańsk in 1996, having studied under Professor Piotr Kusiewicz. He made his opera debut in April 1996 at the Baltic Opera, Gdańsk, singing Ernesto in Donizetti’s Don Pasquale. In 1993 he became the youngest participant and the only Pole ever to win Plácido Domingo’s Operalia competition. Also in 1993 he received an award of the Society of the Friends of Scences and Arts, Gdańsk. Two years later he was awarded a YAMAHA scholarship. In 1997, to celebrate 1000 years of Gdańsk, he performed under Jerzy Katlewicz before Pope John Paul II at St. Peter’s Basilica in the Vatican. His album of Stanisław Moniuszko’s canons earned him a nomination for the Fryderyk Award (Poland).

He works with opera companies and philharmonics in Poland and abroad, performing in operas and operettas of different composers. Repertoire includes: Don Ottavio in Don Giovanni, Pollion in Norma, Alfredo in La traviata, Ismael in Nabucco, Duke in Rigoletto, Pinkerton in Madama Butterfly, Cavaradossi in Tosca, Rodolfo in La bohème, Edwin in The Riviera Girl, Einstein in The Bat, Lensky in Eugene Onegin, Stefan in The Haunted Manor, Narraboth in Salome, Pierre in Madame Curie, Don Jose in Carmen, Sándor Barinkay in The Gypsy Baron, Jontek in Halka, and Wacław in Maria.

In 2006 he took part in the world premiere of Roger Waters’s opera Ça Ira. In the same year his solo album titled Polish Songs was published to a warm reception of critics and listeners alike, earning him another nomination for the Fryderyk Award. He has recorded for the Polish National Radio and Television. In 2010 he was awarded the Gloria Artis medal for service to culture. In 2015 he was voted the Personality of the Year in the Pomerania region. The following year he won the Best Singer category at the Jan Kiepura Music Theatre Awards. He performs domestically, in Europe, Canada (Mississauga Living Arts Centre), the USA (Chicago Symphony Center), and China.