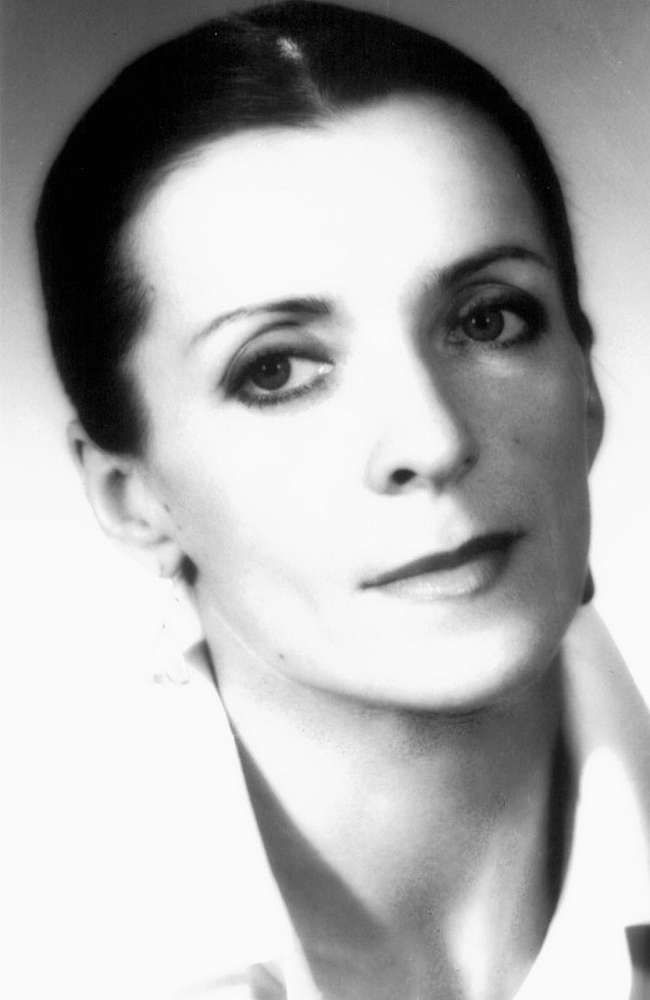 Born in Gdynia, she is a graduate of the State Ballet School in Warsaw. She studied with Henryk Giero as well as Russian teachers: Aleksandr Sobol, Irina Mikhailichenko, and Svetlana Sheina. She joined the Teatr Wielki’s ballet company in 1966, becoming a soloist in 1970, and was a principal dancer in 1975-88.

Her achievements were extensive and spanned many genres. They included leading parts in all the classical repertoire presented on Warsaw’s ballet stage: from the idyllic Lise in La Fille Mal Gardée, through the romantic Giselle, Sylphide, Mademoiselle Grisi, and Odette-Odile (in three different productions of Swan Lake), to the academic Aurora in The Sleeping Beauty. She danced solo parts in the 20th-century repertoire, in ballets by Mikhail Fokine, Serge Lifar, George Balanchine, Frederick Ashton, Birgit Cullberg, Alexei Tchitchinadze, Joseph Lazzini, Erich Walter, and John Butler, and the contemporary works of John Neumeier, Alberto Méndez, and Hans van Manen. She appeared in numerous productions by Polish choreographers, many of whom, including Witold Gruca, Marta Bochenek, Jerzy Makarowski, Jerzy Graczyk, and Zofia Rudnicka designed parts in their new ballets especially with her in mind. Her favourite roles included Francesca da Rimini, Aegina in Spartacus, the Girl in The Miraculous Mandarin, Miss Julie in the ballet by Birgit Cullberg, Carmen, the soloist in Balanchine’s Serenade, La Sylphide in the ballet by Bournonville, and Lise in Ashton’s La Fille Mal Gardée, and finally the leading role in Hans van Manen’sTwilight.

In 1972-1977 she was associated with the Jeunesses Musicales Ballet Group in Warsaw, with which she toured France four times. In 1973 she won first prize in the performer category at the 1st National Choreography Competition in Łódź. In 1977 she took part in a modern dance course in Warsaw, taught by Yuriko from Martha Graham’s Dance Company in New York. In 1983 she gave guest performances as Odette-Odile in Swan Lake choreographed by Nicholas Beriozoff during the European tour of the Ballet Classique de Paris company. In 1987, with the role of Lise in Frederick Ashton’s La Fille Mal Gardée, she celebrated the 20th anniversary of her artistic career at the Teatr Wielki. She performed at theatres in West Berlin, Czechoslovakia, Denmark, France, Monaco, Norway, East Germany, West Germany, Romania, Switzerland, Sweden, Britain, Italy, and the Soviet Union. She is a recipient of a Silver Cross of Merit (1979), a Knight’s Cross of the Polonia Restituta Order (1986) and Silver Medal for Merit to Culture – Gloria Artis (2010).

Renata Smukała ended her career as principal dancer in 1988 and devoted herself to working as a ballet mistress of the Teatr Wielki - Polish National Opera’s ballet company. She was an assistant to many choreographers until mid-2006, handling rehearsals of the ballet repertoire and coaching the Warsaw ballet company’s soloists in new parts. After a two-year break, she resumed these duties in November 2008, and has been ballet mistress of the Polish National Ballet since April 29, 2009.