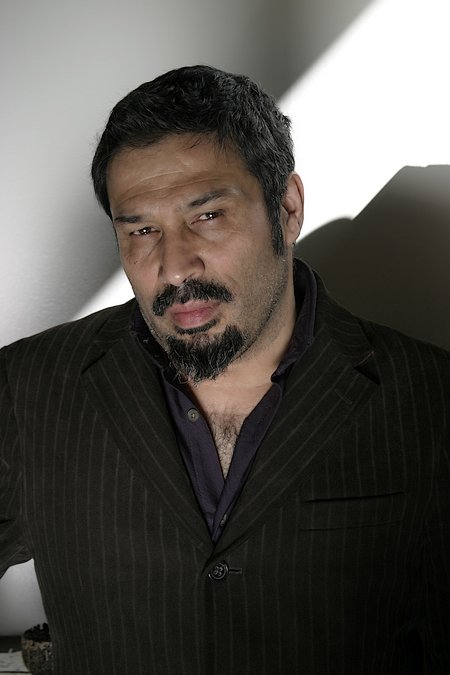 Shoja Azari is an Iranian-born visual artist/filmmaker based in New York City. Since 1995, Shoja has produced, written and directed four feature films, numerous shorts and video installations as well as working with painting and photography to create striking and culturally referenced works. In 1998, Shoja met the renowned Iranian visual artist Shirin Neshat and together they started a close collaboration that began with Turbulent, a double-screen film installation directed by Shirin Neshat and preformed by Shoja Azari and Sussan Deyhim, which won the Golden Lion, the top prize of the prestigious Venice Art Biennale in1998.

Their next work, Rapture (1999) written by Shoja Azari and Shirin Neshat, was proclaimed a ‘masterpiece’ by the art critic and philosopher Arthur Danto, a seminal voice in contemporary art. Since then Shoja and Shirin have produced more than fifteen video and art installations that have been exhibited widely in museums and art festivals around the globe.

In 2003 Shoja made the mockumentary Maria de Los Angeles, a reflection on the colonial and exploitive dimension of filmmaking in a foreign land. From 2003 until 2006, Shoja worked on Windows, a collection of nine short films that were both a formalistic experiment with film language as well as a voyeuristic glance into the lives of a people and a culture that have always seemed at a distance. Windows premiered at the Tribeca International Film Festival in 2006, Locarno film festival 2006. Windows have been also exhibited as Video art installations at many museums and galleries.

Currently, Shoja is in post production for his feature length film Simple Little Lives scheduled for release in the fall of 2016. He is also developing a separate feature film on the life and art of the legendary Egyptian singer Oum Kulthum that he has written and will direct in collaboration with Shirin Neshat in 2016.