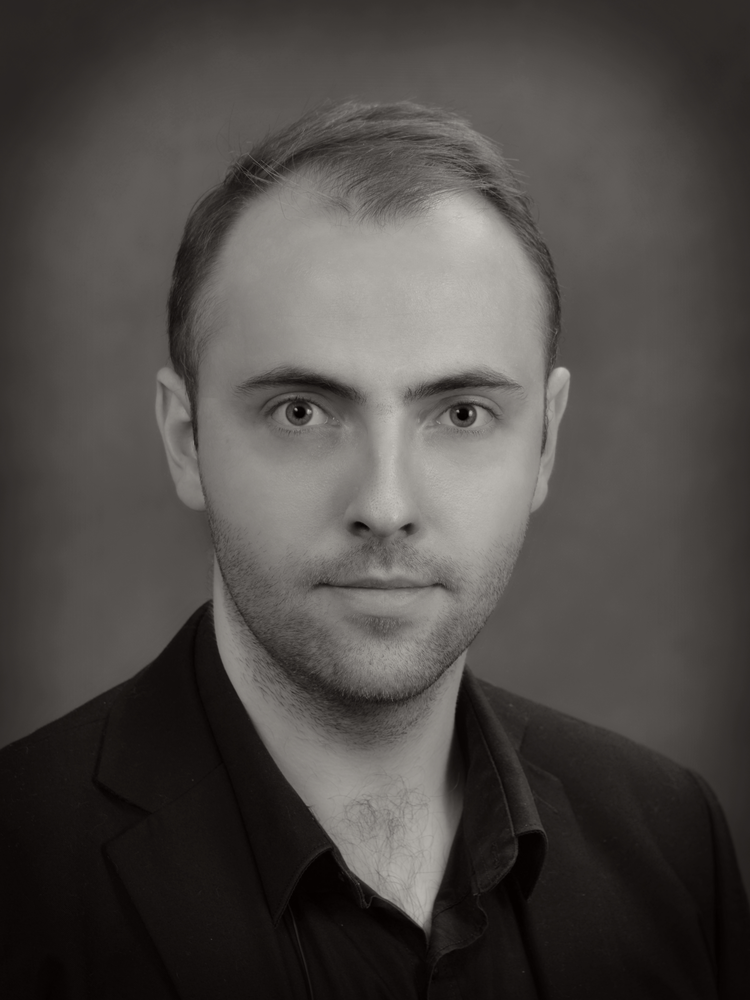 Sławomir Kowalewski graduated from the Jagiellonian University in the Faculty of Economics and Management (2011) and the F. Nowowiejski’s Music Academy of Music in Bydgoszcz in the Faculty of Vocal and Acting in Maciej Witkiewicz’s class (2016). In 2013, he received a scholarship from the Polish Minister of Science and Higher Education for outstanding achievements in the field of art.

In 2015, Sławomir Kowalewski sang the title character in Eugene Onegin at the Opera Youth Forum Festival in Bydgoszcz, for which he was awarded the 3rd prize in the Most Interesting Artistic Personality Competition OFM 2015. A year later he made his debut as Rodrigo in Don Carlo at the Opera Nova in Bydgoszcz - a creation for which in 2017 he received the Jan Kiepura’s Theater Music Award in the „Best Opera Debut”. Since the 2016/2017 he is engaged as a soloist at the Opera Nova, where he performs such parts as: Figaro in Il barbiere di Siviglia, Count Almaviva in Le nozze di Figaro, Ford in Falstaff and Tonio in Pagliacci.

In June 2018 the artist sang Rodrigo in Don Carlo at the Gut Immling Festival in Bavaria. The following year he appeared in the premiere of Il barbiere di Siviglia at the Krakow Opera (directed by Jerzy Stuhr).