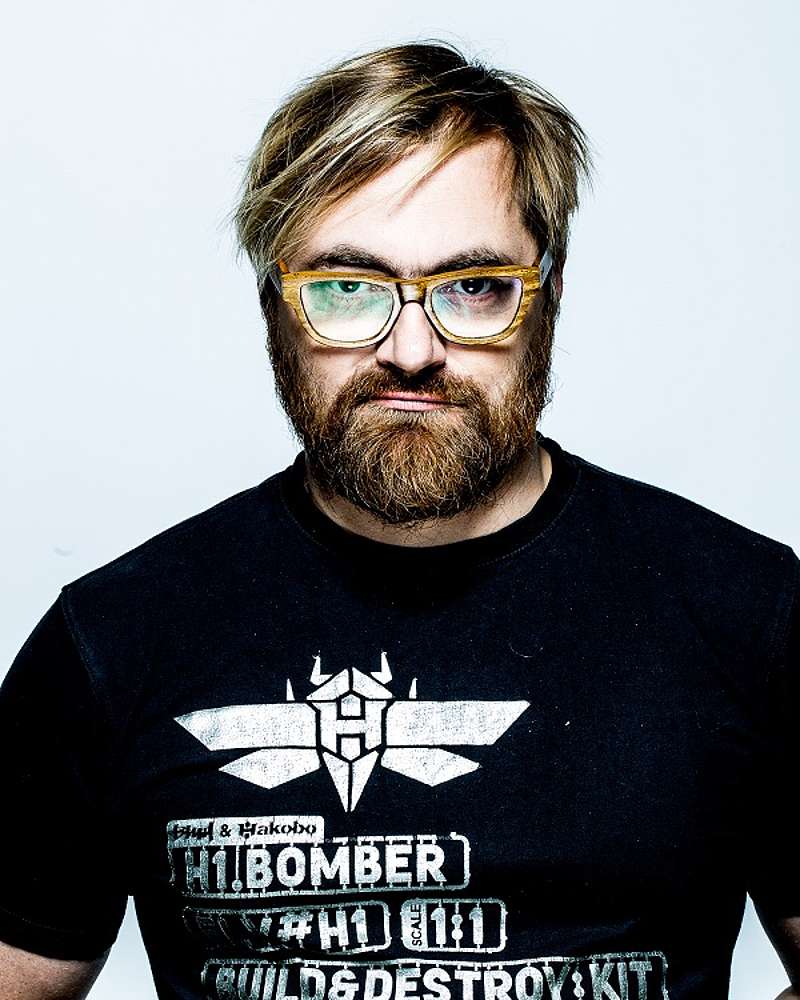 Born in 1973, Stach Szabłowski is a curator, art critic, and writer. He graduated from the Institute of Art History of the University of Warsaw. From 1998 to 2006 he worked with the Centre for Contemporary Art – Ujazdowski Castle in Warsaw. Between 2009 and 2015 he was an expert of the Polish Film Institute. In the course of his career, he has mounted dozens of exhibitions, art festivals, and artistic projects in Poland and abroad.

At the turn of the 20th and 21 century as curator he accompanied his peers as they made their artistic debut in newly post-communist Poland and depicted the country’s reality after the political transformation. His diverse curatorial practice focuses on the borderland between film and visual arts as well as alternative strategies and narrative devices employed in plastic arts.

Apart from curatorial practice, he is an active art critic. He has edited a number of monographs and exhibition catalogues. His texts may be read in art books, professional magazines, and mainstream press. He has published in Gazeta Wyborcza, Dziennik Gazeta Prawna, Życie Warszawy, Architektura-Murator, Fluid Machina, Newsweek Polska, Wprost, and Obieg.pl. Currently, he writes for Przekrój Dwutygodnik, Szum, and  Zwierciadło.

He lives and works in Warsaw.