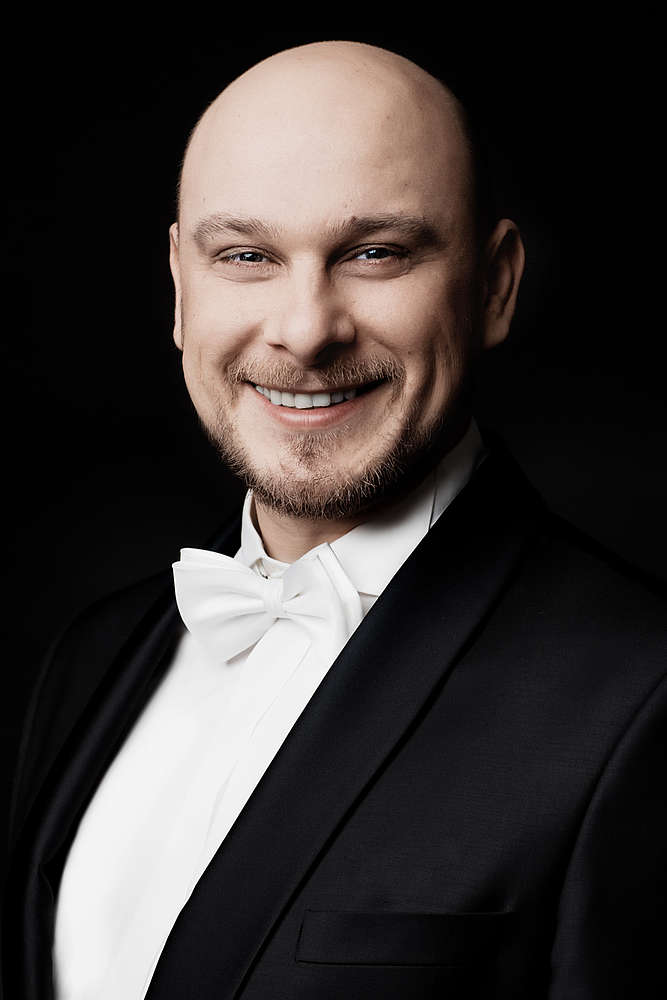 Stanislav Kuflyuk was born in Ivano-Frankivsk, Ukraine, where he studied the voice at the Academy of Fine Arts. He won the Grand Prix of the 21st Century Art Competition in Lempäälä, Finland (2006), Third Prize at the Ada Sari International Competition of Vocal Artistry, Nowy Sącz (2011), Grand Prix and First Prize at the  Adam Didur Opera Singers’ Competition in Bytom, Poland (2012).

Following his debut as Rangoni in the Wrocław Opera’s megaproduction of Boris Godunov staged by Yuri Aleksandrov in Hala Stulecia, an areana in Wrocław, he has regularly performed at leading Polish opera houses and philharmonic halls, including the Polish National Opera, Poznan Opera House, Silesian Opera in Bytom, Kraków Opera, and Opera Nova in Bydgoszcz. He could also be heard at festivals such as the Kraków Opera Summer Festival, Bydgoszcz Opera Festival, Wrocław Contemporary Opera Festival, and the Bregenzer Festspiele.

His repertoire includes Eugene Onegin and Don Giovanni, Count Luna in Il trovatore, Rodrigo in Don Carlos, Germont in La traviata, Sir Ford in Falstaff, Renato in Un ballo in maschera, Valentin in Faust, Escamillo in Carmen, Silvio in Pagliacci, Alfio in Cavalleria rusticana, Robert in Iolanta, Swordbearer in The Haunted Manor, Janusz in Halka, Stanisław in Verbum nobile, Albert in Werther, Marcello in La bohème, Figaro in The Barber of Seville, Enrico in Lucia di Lammermoor, Sharpless in Madama Butterfly, Count Almaviva in The Marriage of Figaro, and Belcore in L’elisir d’amore. Since 2015 he has been singing Prince Yeletsky in The Queen of Spades at the Bolshoi in Moscow. In 2017 he was the title character in the world premiere of Anton Rubinstein’s sacred opera Moses at the Warsaw Philharmonic Hall, Warsaw, recorded for Warner Classics. Since May 2019 he been portraying Eugene Onegin in the Bolshoi production of the Tchaikovsky opera.

(Photo from the singer’s archive.)