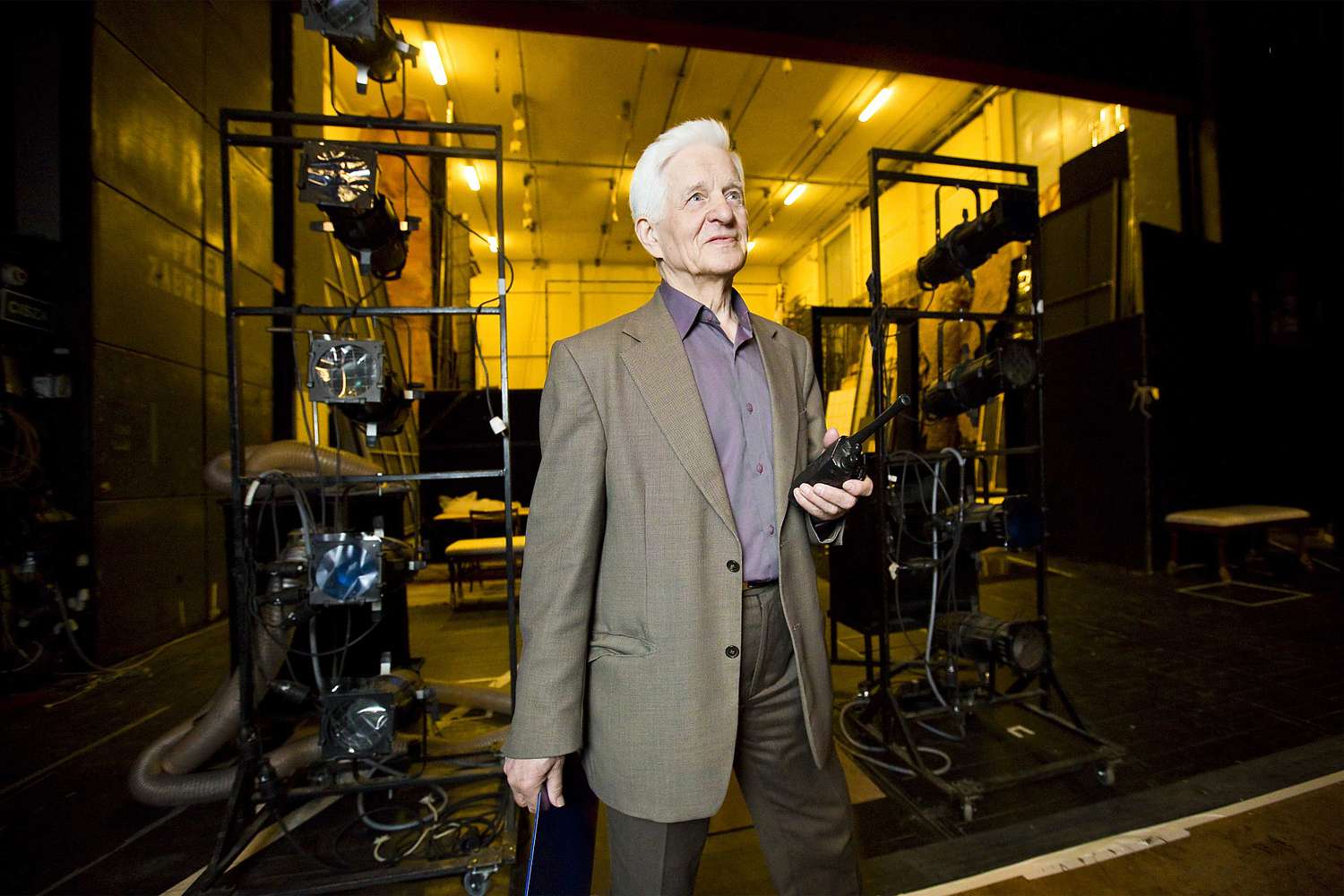 Stanisław Zięba joined the Warsaw Opera in 1954, when it was led by Valerian Bierdiajew. He was 17 at the time and still as a student of a electrician school. The first production he worked on was Tchaikovsky’s Iolanta in 1955, and he remembers every opera and ballet premiere he worked on as a lighting technician ever since, that is each and every one of the nearly 500 openings that have taken place at the Warsaw Opera since the 1950s, both in the Roma building in Nowogrodzka St. and the rebuilt Teatr Wielki. He devised and implemented lighting designs for dozens of opera and ballet performances. After the great success of Mariusz Treliński’s production of Madama Butterfly, in which lighting played a significant role, the director asked Mr Zięba to lit the production for its staging at the Mariinsky Theatre (2005). The artist has also developed lighting designs for outdoor events, such as the performance of Verdi’s Requiem by the Warsaw Philharmonic Orchestra and soloists of the Teatr Wielki – Polish National Opera to mark the 40th anniversary of the outbreak of World War II on 1 September 1979 in Castle Square in Warsaw. He also co-authored a light and music show marking the anniversary of the outbreak of the Warsaw Rising on 1 August 1979 in Teatralny Square, Warsaw. He lit the Soldiers’ Song Festival in Kołobrzeg, Poland; the Shakespeare Summer in Zamość, Poland (together with Jan Machulski); and the Jarocin Rock Music Festival, Poland. He headed the lighting unit of the Polish National Opera up until his death on 20 July 2020.