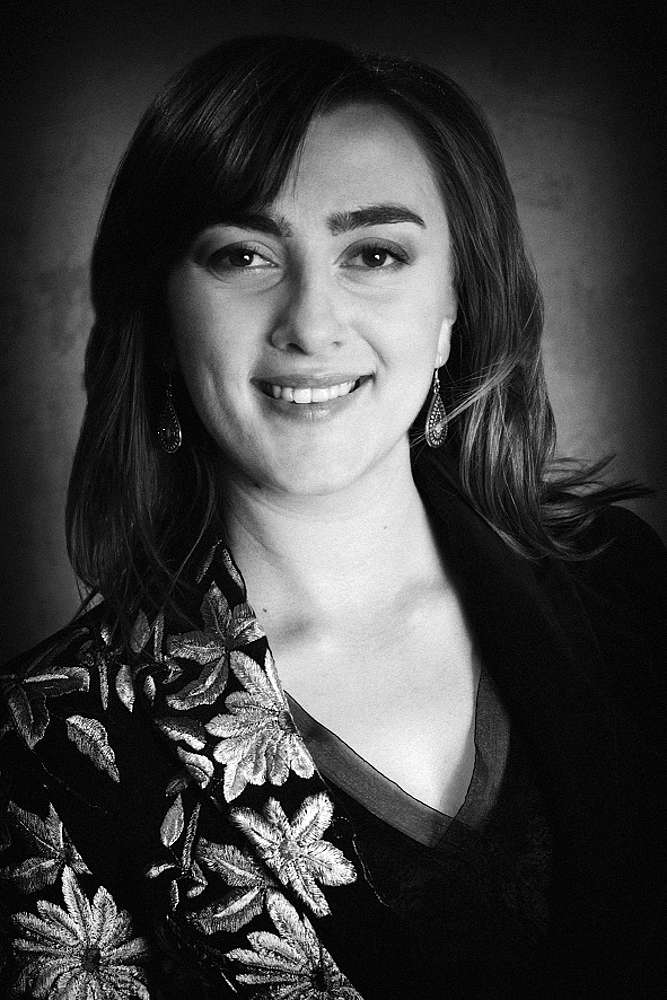 Sylwia Olszyńska, a lyric coloratura soprano, graduated with distinction from the Music Academy in Kraków under the tutelage of Professor Monika Swarowska-Walawska, following which she obtained a PhD at the Karol Szymanowski Music Academy in Katowice under Professor Henryka Januszewska-Stańczyk.

In 2008 Sylwia Olszyńska took part in the Oper in der Scheune project at the International Oper-Oder-Spress Festival in Beeskow, Germany, where she performed the parts of Erste Knabe in Mozart’s The Magic Flute and Dvorak’s Rusalka. A year later she made her stage debut, singing Cleopatra in Handel’s Giulio Cesare in Egitto at the 15th Iubilaei Cantus Music Festival in Nowy Sącz. In 2009 with the Kraków Philharmonics she sang the soprano part in the world premiere of The Armed Man – A Mass for Peace written by the English composer Karl Jenkins.

Since 2011 Sylwia Olszyńska has been cooperating with Capella Cracoviensis, with whom she recorded Te Deum: Charpentier & Lully conducted by Vincent Dumestre (Paris – Versaille 2013). In 2011 in Wrocław, together with the Chamber Orchestra Orfeusz, she sang the world premiere of pieces by two American composers: John Sarkissian (The Lovers’ Garden) and Dosia McKay (Farewell Dream Garden). In 2013 she was Despina in Mozart’s Cosi fan tutte and Papagena in The Magic Flute at the Aix-en-Provence Festival. In 2015 she sang Clarice in Haydn’s Il mondo della luna at the Kraków Philharmonic.

Since July 2015 she has been cooperating with Chamber Opera in Kraków, where she performed in Misterium Stabat Mater by Pergolesi/Vivaldi and La festa di carnevale by Monteverdi/Handel/Rameau/Gluck. In 2016 she sang the part of Second Woman in Purcell’s Dido and Aeneas in Poznań Opera House. In the 2016/2017 season, Sylwia Olszyńska made her debut at the Wrocław Opera as Pamina in The Magic Flute. In the current 2017/2018 season she returned to the production of The Magic Flute in Wrocław and will debut with the same role at the Polish National Opera in Barrie Kosky’s staging for Komische Oper, Berlin. Ms Olszyńska was also invited to perform art song concerts at the Hungarian National Philharmonic in March 2018.

Since 2012 Sylwia Olszyńska has worked as a singing teacher at the Karol Szymanowski Music Academy in Katowice.