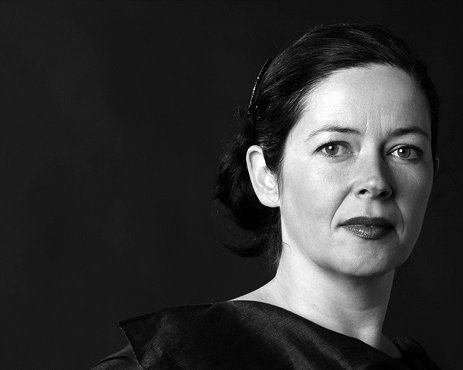 Born in England, she lives and works in Amsterdam. She received her degree in costume design at the Wimbledon School of Art in London. Later she studied at the Motley Theatre Design Course in London. Over the years she has been designing for theatre plays, ballet, and opera. Her work also includes designs for museum exhibitions and films.

As costume and set designer she collaborated with Krzysztof Pastor on Tristan (Royal Swedish Ballet); Voice (HNB); In Light and Shadow; Do Not Go Gentle… and Crossing Paths (HNB); In Light and Shadow and Romeo and Juliet (Scottish Ballet); Symphonie fantastique (Australian Ballet), for which she received the Green Room Award; and Bolero (HNB), and more. She also collaborated with Martin Müller on A Women Can Take You… and Heidi (The Hague); R.A.M. (Stuttgart), whose revival in Göteborg was hailed as the best ballet production of the year; and Le Jour Même (Lyon), for which she received the Benois de le Dance Award for the best scenography in ballet. With Peter Schaufuss she worked on La Sylphide (La Scala); Hamlet (Royal Ballet of Denmark); and Trilogy set to Tchaikovsky’s music (Denmark). With Dominique Dumais she worked on Skin Divers; Frida; Woolf; Time and other Matter; Lebenslenien; Broken Verse; Resonance de Chopin; Rilke; R.A.W.; and The Little Prince. Working for theatre she designed the set and costumes for Aars by Verhelst, The Pelikan by Strindberg, and Grave by Sarah Kane. She worked on the following operas: Cosi fan tutte (Reumert Pris for the best opera production of the year), Carmen, La Bohème, and Ik (nominated by the NRC Handelsblad as the best theatre play of the year). At the Teatr Wielki – Polish National Opera she has recently worked on Century Rolls (2012) and Romeo and Juliet (2014).