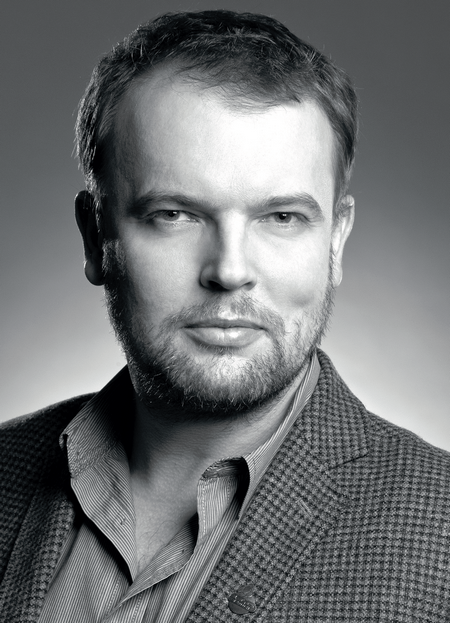 Born in 1972 in Łódź, Poland, Tomasz Konieczny is a leading bass-baritone of the his generation, specialising in German music. He studied acting at the Łódź Film School, followed by vocal studies at the Fryderyk Chopin Academy of Music in Warsaw and the Carl Maria von Weber Dresden University of Music under Professor Christian Elßner. He made his acting debut in Andrzej Wajda’s film The Ring with the Eagle, then went on to play in numerous film, TV, and theatre productions in Poland, e.g. Krystyna Janda’s TV adaptation of Tristan und Isolde, where he created Tristan. He also worked as stage director. He staged, among others, Corneille’s Le Cid for the Adekwatny Theatre in Warsaw (1996). Mr Konieczny was a fellow of a range of Polish and German institutions, including the Polish Ministry of Culture and Art (1997), the Alfred Toepfer Foundation (1998–2000), and the Culture and Arts Foundation of the Stadtsparkasse Dresden (1999). In 1998 he won the 33rd Dvorak International Vocal Competition in Karlovy Vary. In 2004 the Mannheim National Theatre bestowed upon him the Arnold Petersen Award for outstanding artistic achievements.

Mr Konieczny made his operatic debut in December 1997, singing Figaro in Le nozze di Figaro at the Poznań Opera House, Poland. In 1999 he debuted in Germany, singing Kecal in Smetana’s The Bartered Bride at the Leipzig Opera, which hired him for the 1999/2000 season soon after. In 2000 Konieczny was engaged by the Municipal Theatre in Lubeck, where he sang Procida in Verdi’s I vespri siciliani (2000), Pandolfe in Massenet’s Cinderella (2000), Orest in Strauss’s Elektra (2001), Ramphis in Verdi’s Aida (2001), and in Shostakovich’s The Nose (2002).

As a young artist, he performed at a range of German-speaking opera houses. In the 2002/2003 season he joined the Mannheim National Theatre, where the roles he sang included Orest, Pimen in Mussorgsky’s Boris Godunov, Sarastro in Mozart’s The Magic Flute, King Marke in Wagner’s Tristan und Isolde, Amfortas in Wagner’s Parsifal, Wotan in Wagner’s Der Ring des Nibelungen, Osmin in Mozart’s Die Entführung aus dem Serail, The Grand Inquisitor in Don Carlos, Melitone in La forza del destino, and Jochanaan in Strauss’s Salome. In 2005 Mr Konieczny made his debut at the Stuttgart Opera (Sarastro) and Deutsche Oper am Rhein (Osmin), where he returned to sing Melitone and Wotan in Das Rheingold (2006). Also in 2006 Mr Konieczny made a debut at the Prague Opera (Státní Opera), singing Procida in I vespri siciliani. From 2006 to 2014 the artist was a soloist with the Deutsche Oper am Rhein, where he performed as Bottom in Britten’s A Midsummer Night’s Dream, Kurwenal in Tristan und Isolde, Golaud in Pelleas et Mélisande, Selim in Il turco in Italia, Amfortas in Parsifal, Barak in Die Frau ohne Schatten, Balstrode in Peter Grimes, Holländer in Der Fliegende Holländer, Falstaff, and Escamillio in Carmen. Since 2006 he has regularly performed at the annual Wagner in Budapest Festival under the baton of Adam Fischer. In October 2007 he made his debut at the Warsaw Philharmonic Hall, singing Eremit in Der Freischütz under Antoni Wit, and in 2008 – at the Semperoper, Dresden, creating Alberich in Der Ring des Nibelungen under Peter Schneider. In July that year he appeared for the first time at the Teatro Real Madrid, where he sang Dr Kolenaty in Krzysztof Warlikowski’s production of Janáček’s The Makropulos Affair. In 2010 he made a debut as Alberich at the Deutsche Oper Berlin, in 2011 as Biterolf in Tannhäuser at the Opéra National de Paris, and in 2012 as Pizarro in a concert version of Fidelio under Christoph Eschenbach. In the summer of 2012 he performed at the Salzburger Festspiele, singing Stolzius in Soldaten by German composer Bernd Alois Zimmermann.

In 2014 Konieczny made a critically-acclaimed debut at the Carnegie Hall as Jochanaan in a concert version of Strauss’s Salome.

In October 2015 Mr Konieczny debuted at the Lyric Opera of Chicago as Wozzeck. The American press was unanimous in praising the production and the performance of the Pole in the title role.

From there on, Mr Konieczny has debuted and subsequently became a regular performed on all of the world’s top opera stages. His most significant debuts include the performance at the Bayreuth Festival in the world premiere of Lohengrin in the summer of 2018, at the Metropolitan Opera in New York in Der Ring des Nibelungen in the spring of 2019, and at the Zurich Opera as Wotan in a new production of The Ring in 2022. His signature roles are Wotan and Holländer.

His has an expansive discography (https://tomasz-konieczny.com/pl/cd-dvd/). In 2013 he recored for two CD productions of Der Ring des Nibelungen: as Wotan under Marek Janowski (Pentatone Classics) and as Alberich under Christian Thielemann (Deutsche Grammophon). Both recordings were highly commended by critics and audiences alike. The year 2015 saw the release of another recording of Das Rheingold under Sir Simon Rattle. Furthermore, together with pianist Lech Napierała he recorded six solo albums of chamber music.

The Vienna State Opera has practically been Konieczny’s artistic home since 2009. His roles there include: Jack Rance in La fanciulla del West, Alberich and Wotan in Der Ring des Nibelungen, Amfortas in Parsifal, Holländer in Der Fliegende Holländer, Scarpia in Tosca, Mandryka in Arabella, Jochanaan in Salome, Cardillac, and many more. To date, Mr Konieczny has given close to 200 performances at the opera house. In 2017 he received a honorary Austrian citizenship, followed by the highest professional award: the title of the Kammersänger of the Vienna State Opera (2019).

In the nearest future he will take to the stage of the Polish National Opera, Metropolitan Opera in New York, Milan’s La Scala, the Bayreuther Festspiele, the Lyric Opera of Chicago, and the Zurich Opera.