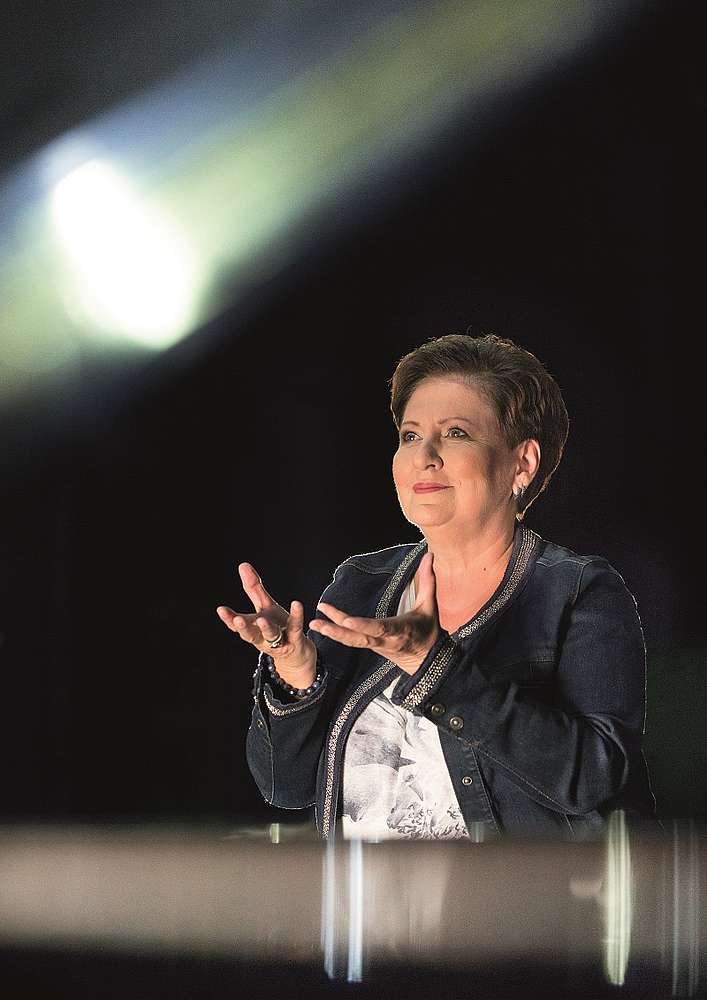 Violetta Bielecka earned an MA degree in choral conducting (with distinction) from the State Higher School of Music, Warsaw. She also completed a post-graduate programme in choral conducting and voice emission at the Academy of Music of Bydgoszcz. In 2000 she was awarded the title of professor of musical arts.

Professor Bielecka teaches at the Fryderyk Chopin Academy of Music, Warsaw (the Department of Instrumental and Educational Studies, Białystok). In 1995–2017 she was the chair of Cantica Cantamus, a Białystok-based society for choral music, and led the Białystok Chamber Choir associated with the organisation. She started and then organised international workshops of Polska Filhamronia Pokoju (Polish Peace Philharmonic). In 1995–1997 she was a vocal consultant with the Chorus of the Polish National Opera, Warsaw. The ensembles she led were awarded numerous distinctions and accolades. Currently, she is the conductor and artistic director of the Podlasie Opera and Philharmonic Choir of Białystok. Under her leadership, the Podlasie Opera and Philharmonic Choir was presented with three Fryderyk Awards and an International Classical Music Award (2018).

She is a recipient of a Silver Gloria Artis Medal for Services to Culture (2008), a Gold Cross of Merit (1990, 2002), the Decoration of Honour for Services to Polish Culture (2006), a Minister of Culture and National Heritage Award (1st Degree) for artistic and teaching achievements (2009), a Commission of National Education Medal awarded by the Ministry of Education (2009), Presidential Medal for Long Service (2010).

Violetta Bielecka and the Podlasie Opera and Philharmonic Choir have performed at the Chopin and his Europe Festival on a few occasions. In 2010 and 2016 they performed Bellini’s Norma and I Capuleti e i Montecchi under Fabio Biondi. In 2017 they appeared in Verdi’s Macbeth, while in 2018 they sang in Moniuszko’s Halka.