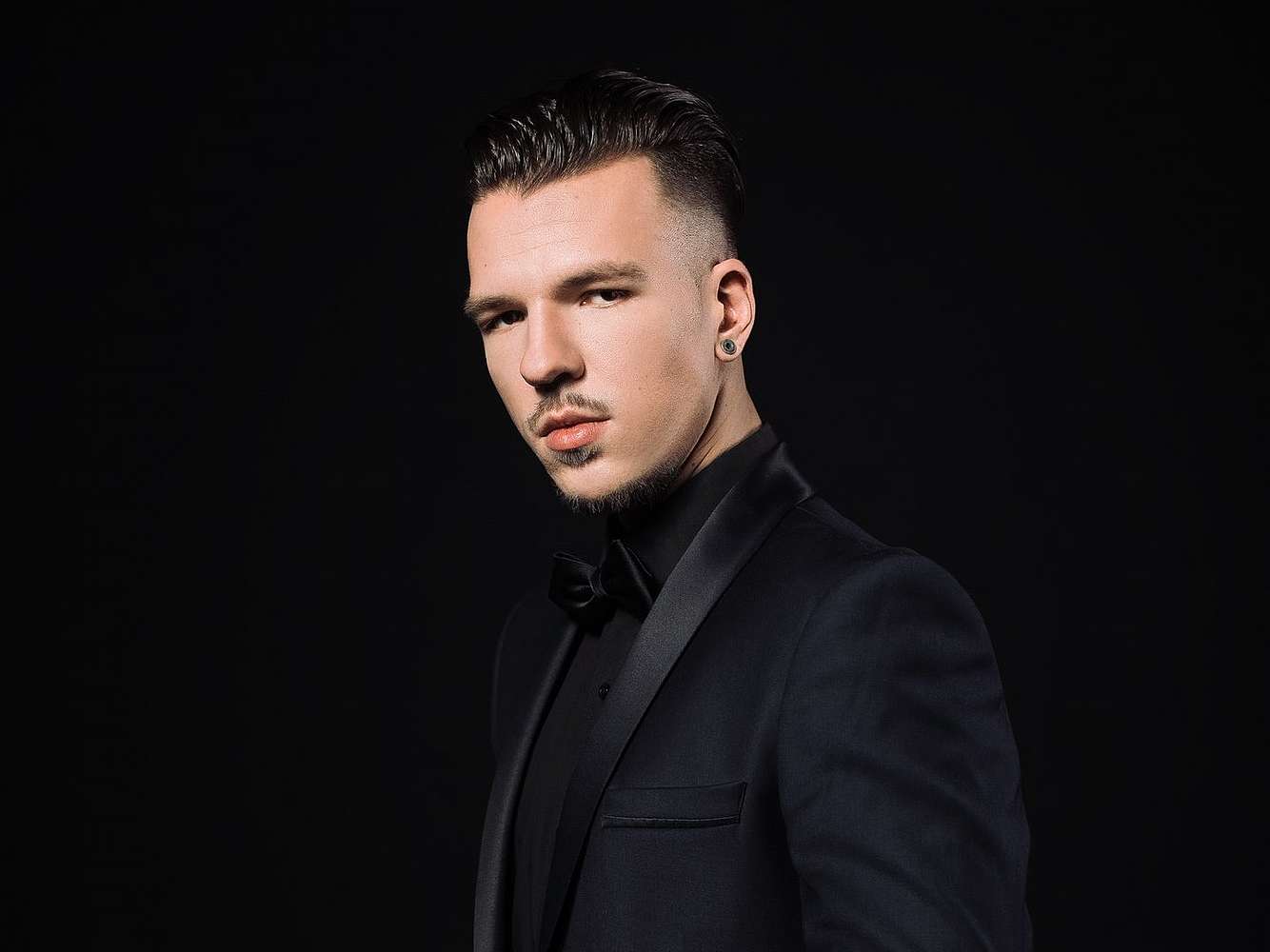 Rakhmanin Yevhen graduated from the Glier Kyiv Music College in 2013, then studied at the Tchaikovsky National Music Academy of Ukraine, Kyiv (2013–2019). While still a student, he performed 10 roles in the most famous operas which are in the repertoire of the opera studio of the academy. These included: Figaro and Antonio in The Marriage of Figaro; Count Azdrubale in La pietra del paragone; Gremin, Zaretsky and Rotny in Eugene Onegin; Sobakin in The Tsar’s Bride; the Old Gypsy in Aleko and others.

He is a finalist of the 2020 Cesti Competition.

Since 2019 he has been a member of the Opera Academy of the Polish National Opera, Teatr Wielki in Warsaw, Poland, where he trains with Matthias Rexroth, Olha Pasichnyk and Eytan Pessen.

Between February and August 2020 Rakhmanin Yevhen was a fellow of Gaude Polonia, a program of the Minister of Culture and National Heritage of Poland.

Over the past year he has participated in master classes led by Dmitry Vdovin, Ernesto Palacio, Rosetta Cucchi, Izabella Klosińska and Eleonora Pacetti.

In 2018 he worked on Polyphemus with Jörg Halubek for a production of Acis and Galatea in Kiev. In the summer 2018, he was invited to the project Music Overcomes Walls, as part of which he studied and performed the roles of Masetto and Commendatore for the production of Mozart’s Don Giovanni in collaboration with opera director Thorsten Kelle and conductor Robin Engelen.

From 2016 to 2019 he worked as a choir artist at the National Opera of Ukraine, taking part in artistic events held as part of the project „Шляхи дружби” with the participation of Riccardo Muti and John Malkovich in Kiev and Ravenna.

From 2016 to now he has been performing Ukrainian experimental operas as a part of the Nova Opera formation at festivals such as the Operadagen Rotterdam (2018), Prototype Festival, New York, USA (2018), CODES The Festival of Traditional and Avantgarde Music, Lublin, Poland, The Gdansk Shakespeare Festival, Gdansk, Poland ( 2017). The group has also performed on such stages as the Vienna Philharmonic, the Macedonian Opera and Ballet Theater, the National Opera of Ukraine, La Mamma Theater in New York and many others. Iyov, one of the performances of the Nova Opera, was named one of the 10 best modern operas in the world in the Music Theater NOW competition (out 436 participants from 55 countries).