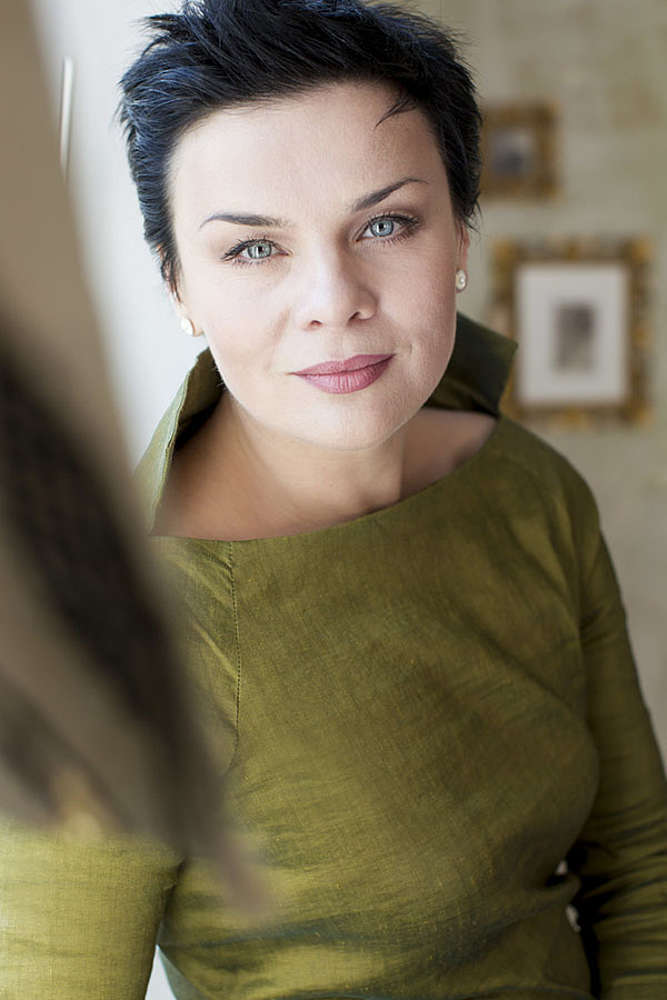 In the nearest future we will see Ausrine Stundyte as Venus in Tannhäuser in Venice, Renate in The Fiery Angel in Lyon, Munich and Zurich, and Catalani’s Loreley at the St. Gallen Festival.

In 2016 she sang Venus in Tannhäuser (Antwerp), Katarina Ismailova in Shostakovich’s Lady Macbeth of Mtsensk (Lyon), and Leonore with the Israel Philharmonic Orchestra conducted by Zubin Mehta.

In 2015 she sang the title role in Tosca (Seattle), performed her very first Judith in Bartok’s Bluebeard’s Castle (Komische Oper, Berlin; director: Calixto Bieito) and sang Leonore in Fidelio at Volksoper Wien and  Maggio Musicale (Florence) with Zubin Mehta. In Munich she was very successful as Poul Ruders’ Selma Jezkova.

In 2014 she enjoyed two successful debuts at the Vlaamse Opera in Antwerp and Gent; first she gained an outstanding personal success as Katarina Ismailova under Dmitri Jurowski (directed by Calixto Bieito) followed by the role of Chrysothemis in Elektra also under Maestro Jurowski. In the same year she had very successful debuts as Leonore in Fidelio (Vienna Volksoper) and La Gioconda (St. Gallen). She ravelled as Cio-Cio-San in Puccini’s Madama Butterfly at the Opera Festival in Savonlinna and as Tosca in Sao Paulo.

In 2013 she achieved an unprecedented success as Montezuma in Wolfgang Rihm’s The Conquest of Mexico at the Teatro Real in Madrid.

In Essen she sang Nedda and Cio-Cio-San; in Lübeck – Marschallin in Der Rosenkavalier, Maddalena di Coigny in Andrea Chenier and Tosca, in Lisbon – Mimi and Katia Kabanova, in Palermo – Sieglinde in Die Walküre, and in Seattle – Cio-Cio-San and Tosca.

With the start of the 2003/2004 season, Ausrine Stundyte was offered a contract at the Cologne Opera. There she sang Nedda in I Pagliacci, Mimi in La Bohème, Agathe in Der Freischütz, and Cio-Cio-San in Madama Butterfly.

Ms Stundyte has received several awards and scholarships, including the Special Prize of the Chambre Professionnelle des Directeurs d’Opéra Paris; the special prize of the Helikon Opera (Moscow), second prize operetta at the 25th International Hans Gabor Belvedere Singing Competition (Vienna), as well as the Offenbach Price (Cologne). During her studies, she sang small roles at the Leipzig Opera, where she returned in 2009 as Mimi in Peter Konwitschny’s production of La Bohème.

As a concert singer, she performed among others at the Gewandhaus Leipzig, the Liederhalle Stuttgart, and  the Cologne Philharmonie Essen. Her extensive concert repertoire includes songs and the song cycles by Strauss, Berg, and Wagner. For the MDR, Ausrine Stundyte recorded songs by Hermann Heyer.