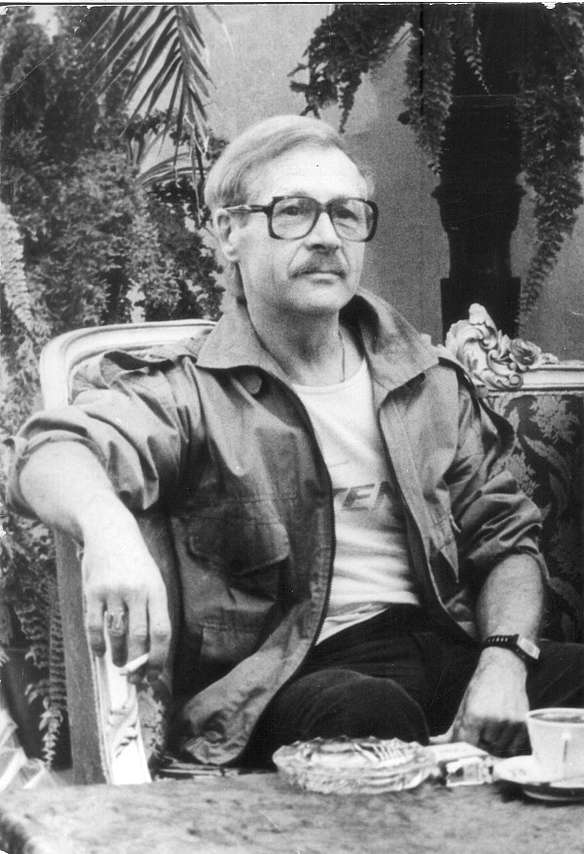 Conrad Drzewiecki was an outstanding choreographer, teacher, and ballet director. He founded the Polish Dance Theater, Poznań, and was its director in 1973–1987. Born in Poznań on 14 October 1926, he began his dancing carrier in 1946 on the stage of Poznań Opera House, where he became a soloist in 1950. Between 1956 and 1963 he stayed abroad. He worked mainly in Paris, where he performed with various companies in choreographies by such choreographers like Fokine, Lichine, Balanchine, Dollar, Skibine, Lifar and Roland Petit.

In 1963 he returned to Poland asked by Robert Satanowski, director of the opera in Poznań, to take the helm of the ballet company there. Soon he gained recognition for his choreographic work, especially thanks to: Improvisations to Shakespeare and Variations 4:4 (1966), The Firebird, Tempus jazz 67 and Adagio for violin and strings (all in 1967), Pavane for a Dead Princess (1968), The Miraculous Mandarin (1970), and Sonata for Two Pianos and Percussion (1972). He introduced elements of modern dance to his works. Working at the Poznań Ballet School, he became a pioneer teacher of modern dance techniques in Poland. In 1971–80 he was the school’s artistic director. Drzewiecki was also the first Polish choreographer who made ballet movies for television. His Games, made with director Grzegorz Lasota, won the prestigious Prix Italia at the international television film festival in Florence in 1970.