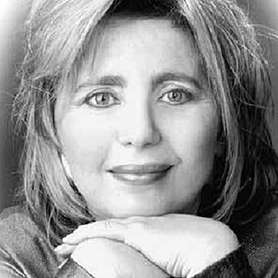 Danuta Chmurska is a conductor, artistic director and president of the Władysław Skoraczewski Artos Music Society. She graduated in Slavic studies from the University of Warsaw, as well as completing a post-graduate programme of choral conducting at the Academy of Music in Bydgoszcz. She has been enagaged with the Teatr Wielki – Polsih National Opera since her childhood, first as a member of a children’s and youth choir led by Władysław Skoraczewski, then as Romuald Miazga’s assistant. Since 1981 she has been working as music educator and devising children’s parts (solo and choral) for operas and ballets (e.g. Turandot, La Bohème, Carmen, Paradise Lost, Boris Godunov, King Roger, Dame of Sapes, The Gates of Paradise, Wozzeck, The Nutcracker), as well as oratorios and cantatas.

She has collaborated with such conductors as Jacek Kaspszyk, Tadeusz Wojciechowski, Andrzej Straszyński, Tomasz Radziwonowicz, and Gabriel Chmura. Among the highlights of her conducting career are Mozart’s Requiem and Coronation Mass, Pergolesi’s Stabat Mater, children’s parts in Mahler’s Symphony of a Thousand, Martín Palmeri’s Misa a Buenos Aires, and Fairy Tale, Where Are You?, a musical show for children directed by Paulina Zajkowska and staged at the Teatr Wielki ‒ Polish National Opera, Warsaw. On 17 April 2016, invited by composer Martín Palmeri, together with the mixed Artos Choir she took part in a gala concert marking the 20th anniversary of the performance of Misa a Buenos Aires at Carnegie Hall, New York. The concert, welcomed with a standing ovation, brought another invitation, this time to the home of the New York Philharmonics for the world premiere of Martín Palmeri’s Tango Credo to take place on 30 April 2017.