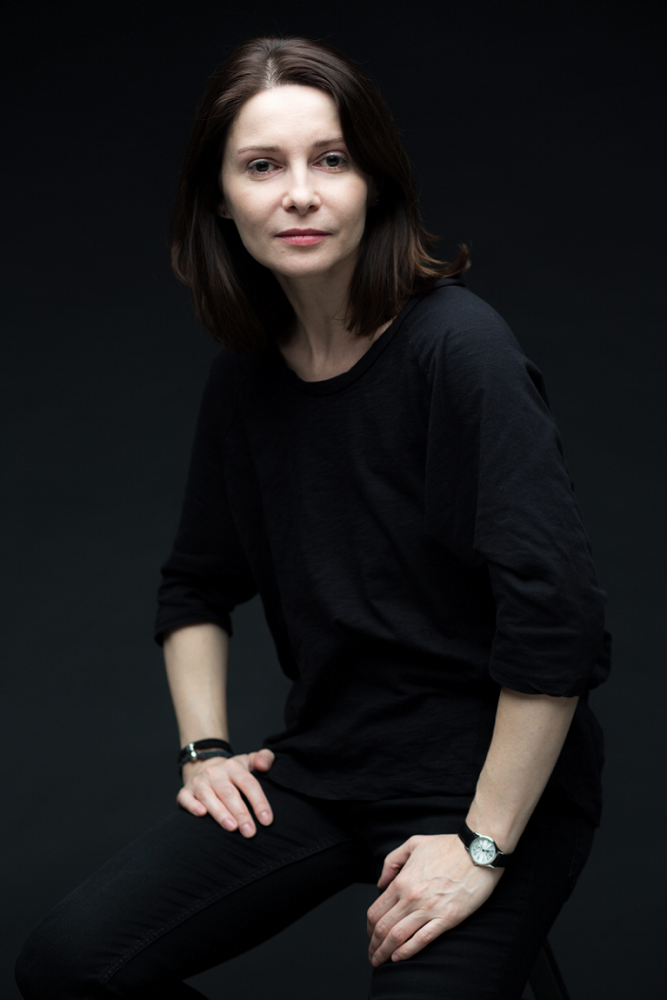 Izadora Weiss is a graduate of the Roman Turczynowicz Ballet School and the Fryderyk Chopin Academy of Music in Warsaw. Twice awarded an artistic scholarship by the Ministry of Culture and Art of Poland, she choreographed thirty original dance pieces and over thirty opera production for leading Polish companies as well as theatres in England, Finland, France, the Netherlands, Ireland, Luxembourg, Germany, the US, Thailand, and Turkey.

The staging of Krzysztof Penderecki’s Violin Concerto No. 1 with her libretto marked a breakthrough in her career as it prompted Jiří Kylián to invite her to have a choreographic internship with his Nederlands Dance Theater. During her many subsequent stays in The Hague Ms Weiss honed her choreographic skills under Kylián, considered one of the greatest contemporary choreographers, as well as Hans van Manen, Ohad Naharin, and Paul Lightfoot. Following that she devised a choreography for Vivaldi’s Four Seasons for the ballet company of the Poznań Opera House, which presented it at the 2000 Malta Festival, Poznań.

Ms Weiss was the founder and artistic director of the Baltic Dance Theatre (BTT) affiliated with the Baltic Opera in Gdańsk, Poland. Over the eight years of its existence, she staged fifteen original pieces with the company, including Romeo and Juliet set to a self-curated selection of music by various composers. In 2009 Ms Weiss received the Pomeranian Artistic Award.

Her production of Handel’s triptych Tre donne – tre destini, which premiered at the Warsaw Chamber Opera, was named one of the most significant Polish musical events of the year by the leading Polish daily Rzeczpospolita. In 2011 the BTT showed Ms Weiss’s production of Stravinsky’s The Rite of Spring at the National Theatre in Warsaw. After watching the performance, Jiří Kylián agreed to stage two of his choreographies with the BTT as part of a triple bill that also included Ms Weiss’s Windows set to music by Mozart, Marais, Bach, and a new piece commissioned from Leszek Możdżer. Next, she created Cool Fire, Death and the Maiden, and A Midsummer Night’s Dream with music by Goran Bregović, which was named production of the year in Gdańsk and brought the artist the Bronze Gloria Artis Medal for Merit to Culture (Poland) in 2012 as well as the Jan Kiepura Award for the best choreographer of the year. The piece was invited to international festivals and praised by the British media: in the UK it was named best new dance piece of 2013 worldwide.

Her subsequent project was The Netherlands combining two further pieces personally staged by Mr Kylián with the BTT and three new works by Ms Weiss: Fun, Light, and Body Master. The project was named best production of the year in Gdańsk and earned Ms Weiss another Jan Kiepura Award for the best choreographer in Poland.

The year 2015 saw two new productions by Ms Weiss and the Baltic Dance Theatre: The Tempest after Shakespeare and Phaedra after Racine, both set to Mahler’s music. The latter was also shown at London’s The Place and named best dance event of the month. Her last work with the BTT was Tristan & Isolde set to a selection of Krzysztof Penderecki’s music. It was performed by the BTT at the Sergei Diaghilev International Arts Festival in Saint Petersburg together with Ms Weiss’s other productions. The project was supported by the Ludwig van Beethoven Association and the Krzysztof Penderecki European Centre for Music. In the course of its development, the company changed its name to Biały Teatr Tańca (White Dance Theatre).

In 2017, at an invitation of Krzysztof Pastor, Ms Weiss staged Darkness with the Polish National Ballet in Warsaw. The production was named by a few critics of Teatr magazine as the best choreography of the 2016/17 season. The artist went on to stage Eros Thanatos with the White Dance Theatre at the Polski Theatre in Warsaw. Inspired by Jacek Malczewski’s painting, the new piece was set to music by Karol Szymanowski and Peteris Vasks. The project was supported by the Warsaw city hall. Following its success, the company returned to the Polski with Phaedra, Cool Fire, Light, Death and the Maiden, and the premiere of Eurydice in the Underworld set to music by Szymanowski, Eugène Ysaÿe, and Shostakovich. Co-produced with with the Polish National Opera and supported by the Polish culture ministry, the work was named one of the top 12 productions of 2018 by Bachtrack. Apart from creating the choreography, Izadora Weiss designed sets and costumes for her latest productions. She also devised costumes for operas such as The Clemency of Tito, Turandot, and Samson and Delilah.

In 2021 Ms Weiss’s name was listed in the 2020 Fifty Contemporary Choreographers guide released by Routledge. In 2021 Krzysztof Pastor invited her to stage another piece with the Polish National Ballet.