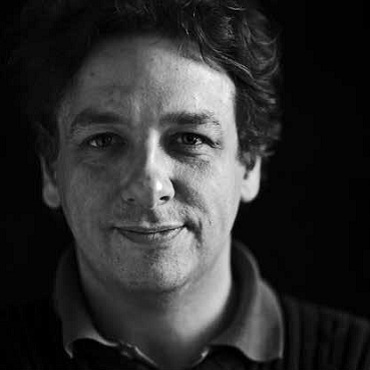 Jarosław Kilian is a theatre and opera director. He heads the department of directing at Warsaw’s Academy of Dramatic Arts (PWST) and teaches at Collegium Civitas. In 1999–2010 he was the artistic director of the Polski Theatre in Warsaw.

Theatre traditions are three generations old in his family. (His father, Adam, is a set designer.) Jarosław holds a degree in art history from the University of Warsaw and in directing from PWST. He has interned with Peter Brook in Vienna and received scholarships from the British Council and the US Department of State. He has been working for theatre and opera across Poland since 1990.

He has directed classical plays, dramatic works of the Polish Romanticism, contemporary plays, and children’s shows.

Opera credits include works by Moniuszko, Czyż, Rudziński at the Teatr Wielki – Polish National Opera, the Grand Theatre in Łódź, and the Warsaw Chamber Opera. He has also directed outdoor shows (Misterium, Temple of Divine Providence, Warsaw) and co-authored the series Muzyka łagodzi obyczaje (Music has charms to soothe a savage breast) aired on TVP, Polish national television broadcaster. Overall, Kilian has developed more than forty plays, outdoor shows and TV programmes. He has co-created scripts of exhibitions for Warsaw’s top museums. He has translated books on art history and children’s literature from English and French into Polish (e.g. The Adventures of Tintin or The Adventures of Asterix).

His most important works are: The Comedy of Errors by Shakespeare (Kochanowski Theatre, Opole), Balladyna by Słowacki (Powszechny Theatre, Warsaw), Kartoteka by Różewicz (Miejski Theatre, Gdynia) and a range of productions staged at the Polski in Warsaw: Shakespeare’s A Midsummer Night’s Dream, The Tempest, As You Like It, and A Winter’s Tale, Zielona Gęś after Gałczyński, Molier’s Don Juan, Przygody Sindbada Żeglarza after Leśmian, Słowacki’s Balladyna, Odyssey after Homer, Fredro’s The Revenge and Husband and Wife, and Guillver’s Travels after Swift.

In 2017 he received the Grand Prix of the 16th International Festival of Children’s Theatres, Banja Luka, Bosnia and Hercegovina for Krzesiwo.

In 2019 he was presented with the Leopold Staff Literary Award in the ‘Artistic Event’ category for his original production Ptak zielonopióry (Green-feathered bird) at the Lalka Theatre, Warsaw. He directed numerous New Year’s Eve galas at the Teatr Wielki, Warsaw. He used to act as an expert for the European Culture Commission in Brussels („Culture 2000”).