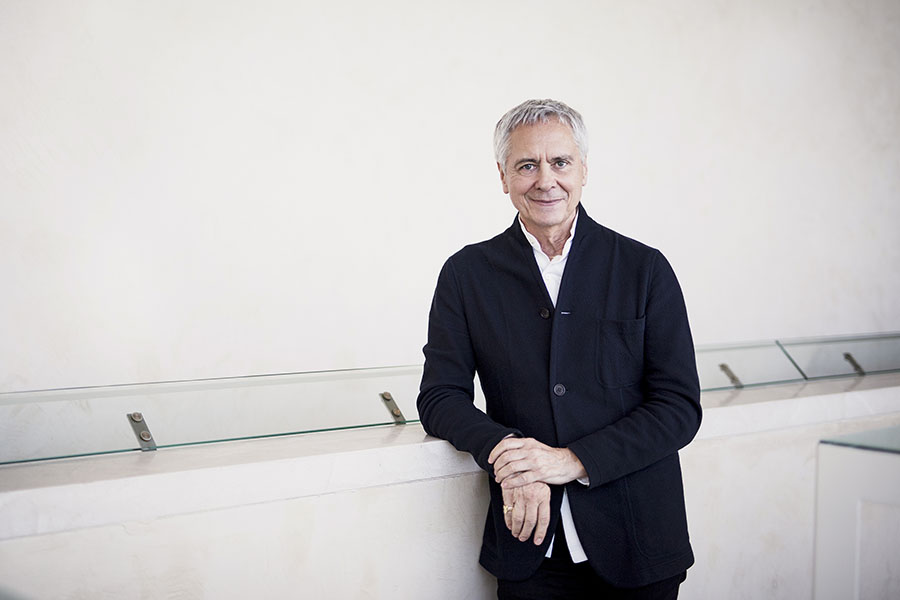 John Neumeier was born in 1939 in Milwaukee, Wisconsin, where he received his first dance training. He continued his dance studies in Chicago as well as at Marquette University in Milwaukee where he created his first choreographic works. After further ballet study both in Copenhagen and at The Royal Ballet School in London, John Cranko invited him in 1963 to join Stuttgart Ballet, where he progressed to soloist and continued his choreographic development.

In 1969, Ulrich Erfurth appointed Mr. Neumeier Director of Ballet Frankfurt, where he soon caused a sensation with his new interpretations of such well-known ballets as The Nutcracker and Romeo and Juliet. In 1973, August Everding invited him to become Director and Chief Choreographer of the Hamburg Ballet. Under his direction, The Hamburg Ballet became one of the leading ballet companies on the German dance scene and soon received international recognition. As a choreographer, Mr. Neumeier has continually focused on the preservation of ballet tradition, while giving his works a modern dramatic framework. His ballets range from new versions of full-length story ballets to musicals and to his symphonic ballets, especially those based on Gustav Mahler’s compositions, as well as his choreographies to sacred music. His latest creations for the Hamburg Ballet: Duse in 2015, Turangalîla in 2016 and Anna Karenina in 2017. In 1975, Neumeier conceived the Hamburg Ballet Festival as a climax and end to each season.

In 1978, he founded the School of the Hamburg Ballet. In 1989 the school, together with the company, moved into its own ‘Ballettzentrum’ (ballet center) provided by the city of Hamburg. Its facilities include nine studios and a boarding school for over 30 students. Today more than 80% of the company’s dancers are graduates from the school.

Neumeier has worked as guest choreographer with many companies, including The Royal Ballet in London; The Vienna, Munich and Dresden State Operas; The Stuttgart Ballet (for which he has created several works); The Royal Danish Ballet; The Ballet of the Paris Opera; The Tokyo Ballet; American Ballet Theatre in New York; San Francisco Ballet; Joffrey Ballet; Boston Ballet; The National Ballet of Canada; The Ballet of the Mariinsky Theater; Moscow Bolshoi and Stanislavsky Ballet; and The National Ballet of China, among others.

Mr. Neumeier holds the Dance Magazine Award (1983), Order of Merit of the Federal Republic of Germany and French Order of Arts and Letters and the Legion of Honour. In 2006, he was awarded the prestigious Nijinsky Award for Lifetime Achievement. He received the Herbert von Karajan Musikpreis in 2007 and the Deutscher Jubiläums Tanzpreis in 2008. In 2007, he was made an honorary citizen of the city of Hamburg. In November 2012, he accepted the Order of Friendship of the Russian Federation. In 2015, the Inamori Foundation presented Mr. Neumeier with the Kyoto Prize for his contributions to the Arts and Philosophy; in 2016 he received the renowned Prix Benois de la Danse for Lifetime Achievement. Among his recent awards are the Livetime Achievement Award of the Prix de Lausanne 2017 and the Erich Fromm Prize 2017.

Neumeier established the John Neumeier Foundation in February 2006 with the aim of preserving and eventually making available to the public his collection of dance and ballet related objects. The Foundation will maintain and secure his repertoire and related materials for the city of Hamburg. In 2011, Neumeier founded Germany’s National Youth Ballet. The young company of eight dancers is based at the Ballettzentrum in Hamburg but finds its performing spaces away from the Hamburg Opera. In addition to international touring this creative young company dances in schools, retirement homes and prisons.