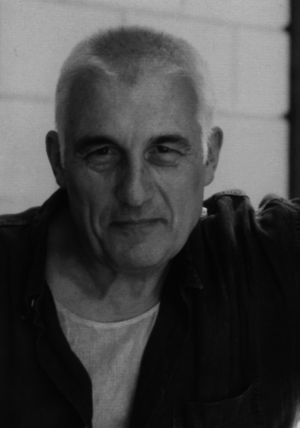 Born in Bernburg (Saale), he is a prominent German designer known for his work in opera, ballet, and theatre. He studied at Berlin’s Academy of Fine Arts and the Academy of Dramatic Arts. He began his career as an assistant to the renowned director Gustav Rudolf Sellner at the Landestheater Darmstadt. Soon, however, he became a set designer in his own right at he famous Müncher Kammerspiele, where his work included productions of plays by Shakespeare, Büchner, Chekhov, and Lessing. In 1961 he worked in Stuttgart on As You Like It when he met the prominant British choreographer John Cranko. Soon afterwards Rose devised the set and costumes for Cranko’s Romeo and Juliet, later included in the repertoires of the National Ballet of Canada, the Australian Ballet, the Bayerische Staatsoper, the Paris Opera, the Vienna State Opera, and La Scala. The two continued to work together at the Stuttgart Ballet, producing Swan Lake (later also staged in Munich and Frankfurt), The Firebird (also: the Boston Ballet), Onegin (also: the Bayerisches Staatsballett, the Australian Ballet, Royal Swedish Ballet, London Festival Ballet, Hamburg Ballet, the National Ballet of Canada, and the American Ballet Theatre), Initialen R.B.M.E., Poème de l’extase (also: the Royal Ballet), Spuren, and the operetta The Merry Widow. After Cranko died, Rose designed a new set and costumes for the choreographer’s version of The Taming of the Shrew for the ballets in Munich and Hamburg. Rose also collaborated with other choreographers: Antony Tudor (Giselle), Celia Franca (The Nutcracker, Cinderella), and Kenneth MacMillan (Concerto, The Fairy’s Kiss).

Over time Jürgen Rose became the favourite desiger of John Neumeier. The collaboration started in 1972 at the Frankfurt Ballet (The Fairy’s Kiss, Daphnis et Chloë), then the two worked side by side for many years at the Hamburg Ballet. Together they produced: The Nutcracker (also for the Munich Ballet and the Royal Winnipeg Ballet), Romeo and Juliet (also for the Royal Danish Ballet), Illusions like Swan Lake, The Sleeping Beauty, A Midsummer Night’s Dream (later also staged in Paris, Moscow, Copenhagen, Stokholm, Vienna, and Dresden), The Lady of the Camellias (also in Stuttgart, Paris, New York, Munich, Milan, and Dresden), The Firebird, Peer Gynt, and A Cinderella Story.

In 1970 Rose began working in the opera. He designed the set for a Salome production staged at the Vienna Opera and La Scala; Der Rosenkavalier in Munich and Milan; Cosi fan tutte in Vienna and Berlin; Don Giovanni in Munich and Berlin; Parsifal and The Abduction from the Sergalio in Vienna; Arabella, Eugene Onegin, Das Reingold and Die Walkure in Hamburg; A Masked Ball in London, Idomeneo at Munich’s Cuvilliés Theater; Tannhäuser for the Bayreuth Festival; Wozzeck and Ariadne on Naxos for the Salzburg Festival, and more. Regardless of his work in ballet and theatre, Rose continued to design for leading dramatic theatres in Hamburg, Berlin, and Munich. He is a long-standing collaborator of the excellent German theatre and opera director Dieter Dorn. He also directs himself: he produced Don Carlos, Elektra, Lulu, and The Cunning Little Vixen. In 1973–2000 he was a professor of scenography at the Academy of Fine Arts in Stuttgart.