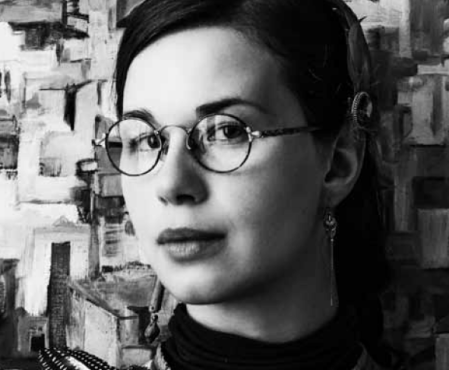 Having completed her education, she left for the UK, where she co-founded an artistic collective and a studio called Silverclock (2011). She holds presentations of various painting techniques and designed Victorian Steampunk outfits for the goth festivals in Withby and Lincoln. In Poland she designed and made stylistically varying costumes for role-playing game conventions accompanied by hand-made hats, sashes, corsets, belts, and everyday objects.

She is the author of illustrations for a book of lullabies for Celtic harp and a fairy tale collection titled Ryba, która stała się Ptakiem (A Fish Turned Into a Bird). She also co-wrote and illustrated a fanstasy novel Żelazny Miś i Bieżnikowany Kot w poszukiwaniu Srebrnozegaru. She designed logos and brands for small firms such as Aurel, Jorgencraft, Greyshpere, Mayummy, and Taille.

Since 2013 she has been collaborating with the Teatr Wielki – Polish National Opera. In her work, she applies a plethora of creative tools, both digital an conventional, translating her versatile design sensitivity into meticulously-made, well-thought-out costumes that go hand-in-hand with the set design. Her works have been shown at a few exhibitions in Poland and the UK. She attempts to reconstruct the profession of medieval illuminator and the craft of glass hand engraving.