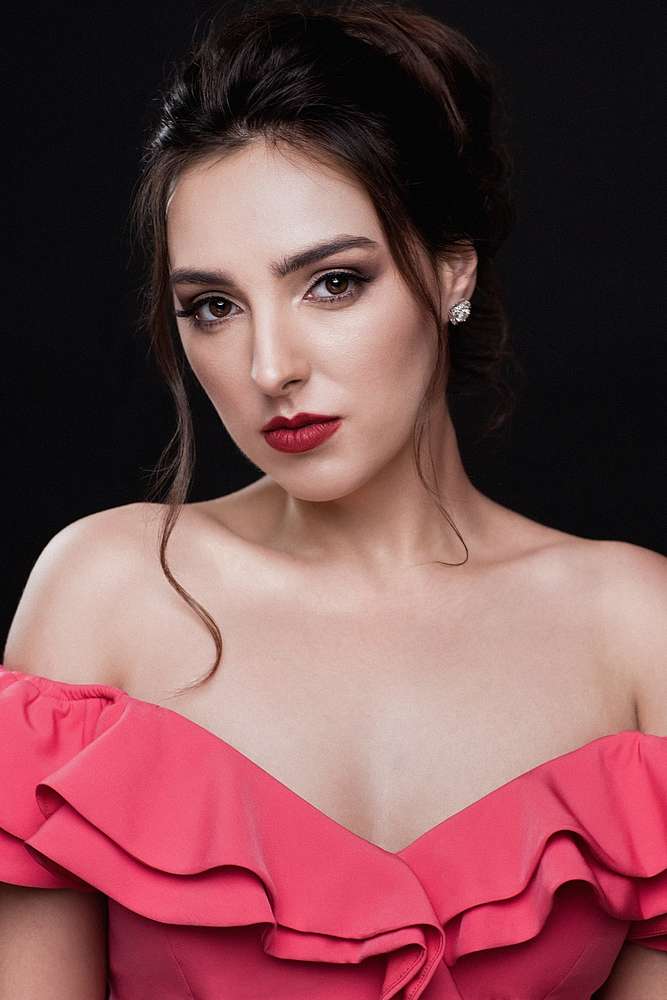 Katarzyna Szymkowiak studied voice at the Fryderyk Chopin University of Music under Professor Izabella Kłosińska. In 2015 she joined the Opera Academy Young Talents Development Programme of the Polish National Opera, where she has been training under a range of excellent opera artists.

She made her debut in 2016 as Isabella in Rossini’s L’italiana in Algeri at the Warsaw Chamber Opera, where she also sang Angelina in Rossini’s La Ceneterola and performed at a gala concert closing the 27th Mozart Festival. At the Teatr Wielki, Warsaw she could be heard singing in Stefani and Bogusławski’s A Miracle, or Cracovians and Highlanders and About the Kingdom of Day and Night and Magic Instruments, an adaptation of The Magic Flute for children (both Opera Academy productions), as well as Mariusz Treliński’s production of Prokofiev’s The Fiery Angel, which was also shown at the Festival d’Aix-en-Provence (2018).

Ms Szymkowiak has performed recitals, chamber and oratorio concerts, and took part in educational projects run by the Warsaw Philharmonic Hall, Warsaw Chamber Opera, and the Baltic Opera. She appeared in student productions of Mozart’s The Marriage of Figaro (Cherubino) and Così fan tutte (Dorabella), the Romuald Traugutt Philharmonic Orchestra’s musical Warszawskie Dzieci (Warsaw Children) in Chicago, and as Jadwiga in Moniuszko’s The Haunted Manor in China.

She sings on an album of patriotic Christmas carols and Moniuszko’s songs and duets.

In June 2019 she sang Zofia in Agnieszka Glińska’s production of Moniuszko’s Halka (Vilnius version) on the small stage of the Polish National Opera.