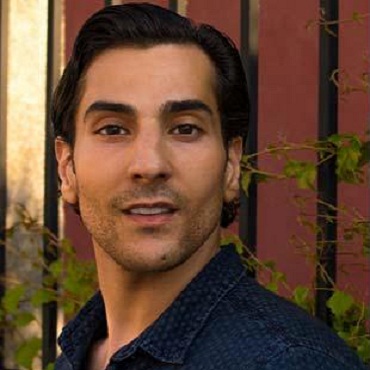 In the 2017/18 season Capalbo makes his Baden-Baden Festspielhaus debut as Rodolfo La bohème, a role he also performs in a new production at Theater St Gallen. Capalbo also returns to Teatro Real to star as Robert Devereux, Earl of Essex in Sir David McVicar’s new production of Britten’s Gloriana, and to Teatr Wielki as Don José, which is quickly becoming one of his signature roles. Capalbo also appears at Staatsoper Hannover as Nemorino L’elisir d’amore and in the 2018 Marilyn Horne Song Celebration at the Zankel Hall in New York.

Last season Mr Capalbo returned the Royal Opera House, Covent Garden to perform the title role in Offenbach’s The Tales of Hoffman and and made his debut at Perm State Opera as Rodolfo in La bohème with Teodor Currentzis. Other engagements included Don José (Carmen) in Sevilla, Duca (Rigoletto) at Wichita Opera, and Alfredo (La traviata) at Teatr Wielki, Warsaw.

A trainee of the Juilliard School of Music, The Music Academy of the West in Santa Barbara, and L’Académie Musicale de Villecroze, Capalbo worked under the guidance of the legendary Marilyn Horne. He made his operatic debut in 2004 as Paco in de Falla’s La Vida Breve for Opera North. Further engagements with the company included Ismaele (Nabucco), later released on Chandos; Romeo (Romeo et Juliette); Narraboth (Salome); and Juan in Weill’s Der Kuhhandel. In 2005 he debuted with the Israeli Opera as Alfredo (La traviata) and a year later debuted with the New York City Opera as Nemorino in a new production of L’elisir d’amore. In 2007 he made his debut at the Berliner Staatsoper as Fenton in Falstaff and at the Opéra National du Rhin in Strasbourg as Edgardo in Lucia di Lammermoor.

Recent debuts include Mariusz Treliński’s Powder Her Face La Monnaie and Ismaele (Nabucco) at the Royal Opera House, Covent Garden. Other important debuts include his first Cavaradossi at Minnesota Opera, Don José (Carmen) at Palm Beach Opera, which he reprised at the Greek National Opera, and Arturo in La Straniera at the Concertgebouw, part of the prestigious Saturday Matinee Series.