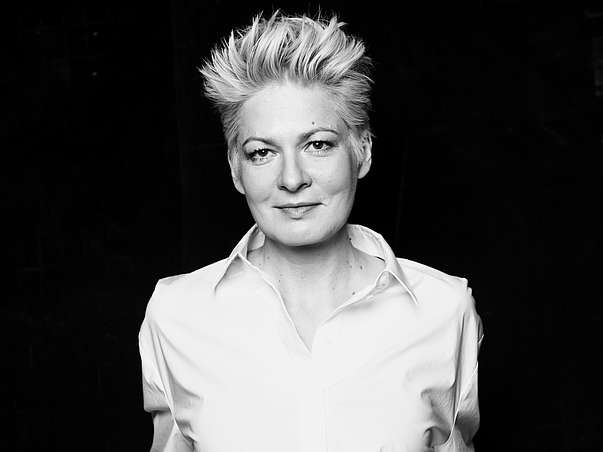 Małgorzata Szabłowska has been designing original theatre shows, opera productions, and concerts that heavily rely on new technologies and multimedia for 20 years now. A graduate of the Central Saint Martins College of Art and Design in London (2008) where she studied spatial design, she pioneered mapping and is an expert in special effects. She collaborates with international technical specialists and artists, managing and coordinating teams of a few hundred people.

Ms Szabłowska’s credits include Paweł Althamer’s 2009 Golden Airplane in Brussels; a series of twelve ‘Made in Polska’ concerts recorded by Ninateka in 2016; Idols and Pequeños gigantes (Small Giants) TV formats in Tallinn (2017); and the opening of the Polin Museum of the History of Polish Jews in Warsaw (2015). For the the Polish National Opera she designed the sets and multimedia for the ballets Pupa, Adagio & Scherzo, Husband and Wife, Exodus, and Norwid’s Theatrum Mundi, a show marking the bicentenary of Cyprian Kamil Norwid’s birth produced in association with the National Theatre in Warsaw. She also designed The Carnival of the Animals choreographed by Anna Hop, which was named the best ballet of 2019, for the Wrocław Opera and an original music and acrobatic show drawing on Andersen’s Thumbelina, which toured Warsaw’s non-repertory theatres

She has collaborated with such stage directors and choreographers as Anna Hop, Ewa Rucińska, Krzysztof Pastor, Grzegorz Jarzyna, Krzysztof Warlikowski, Jan Englert, Natalia Korczakowska, Bolesław Pawica, and Krzysztof Materna, and has experience working in Paris, London, Berlin, Moscow, Amsterdam, Brussels, Edinburgh, Bucharest, Helsinki, Tallinn, Dubai, and Wellington. She is passionate about creating models of productions that are technologically advanced and based on economic and social awareness even at the highest artistic quality.

In January 2019 she took over as the deputy director of the Polish National for technical matters, making her one of only three women holding the post in a national opera house internationally.