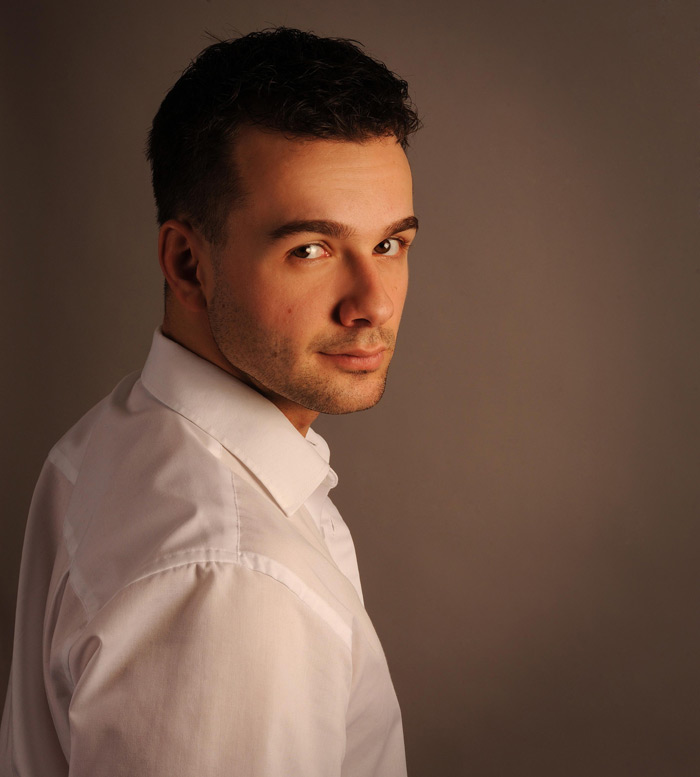 He studied at the Carl Maria von Weber Music College Dresden with KS Thomas Thomaschke and Piotr Bednarski. He was a member of the International Opera Studio at Staatsoper Hamburg, where he had the opportunity to sing a wide range of his repertoire in main stage productions. He appeared as a guest soloist at renowned opera companies including the Staatsoper and Komische Oper Berlin, the Staatsoper Dresden, the Théatre des Champs Elysees Paris, the Grand Theatre de Genève, the Theater an der Wien, Teatr Wielki – Polish National Opera, Opera Vlaanderen Antwerp/Gent as well as the Salzburg Festival (Young Singers Project), the Glyndebourne Festival and the Festival der Alten Musik in Innsbruck.

His repertoire includes the roles of Tamino in The Magic Flute, Don Ottavio in Don Giovanni, Il Conte d’Almaviva in The Barber of Seville, Pedrillo in The Abduction From The Seraglio, Osman  in Almira, Baron Kronthal in Lortzing’s The Poacher, or The Voice of Nature, Dancing Master, Brighella & Scaramuccio in Ariadne auf Naxos, Helmsman in The Flying Dutchman, and a numerous smaller roles.

He is also well-known for his concert repertoire, which ranges from Bach’s St. Matthews and Handel’s Messiah to Haydn’s The Creation and Mendelssohn’s Paulus, and which he has sung under conductors such as Alessandro de Marchi, Cornelius Meister, Rafael Frühbeck de Burgos and Ekkehard Klemm.

In 2012 he was awarded with two prizes at the Bundeswettbewerb Gesang competition in Berlin.

Upcoming engagements include: Tamino at the Teatr Wielki – Polish National Opera, Dancing Master in Ariadne auf Naxos at the Staatsoper Berlin, and Bach’s Christmas Oratorio at the Staatsoper Hamburg. The year 2018 will see him making his debut at the Musikverein Wien and Graz as well as the Brucknerhaus Linz. As of the season 2017/18, Manuel Günther became member of the ensemble at Staatsoper München.