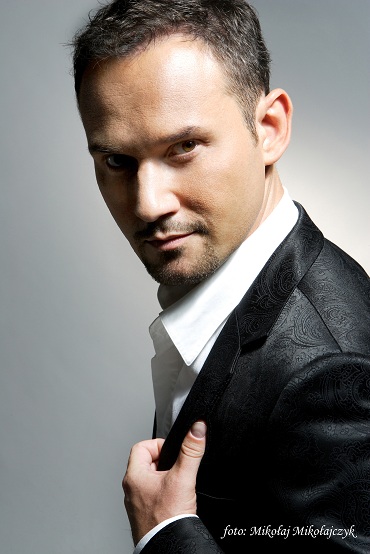 Born in Kraków, Poland, he was educated at the Academy of Music in Warsaw. Known for his handsome voice, incisive musicianship and captivating stage presence, he performs with the Metropolitan Opera, Covent Garden, Paris Opera, Vienna State Opera, Lyric Opera of Chicago and Bavarian State Opera, and with many other renowned theaters around the world. He was a member of the Metropolitan Opera’s Lindemann Young Artist Development Program. He is in demand for his portrayals of the title role in Don Giovanni, King Roger, and Eugene Onegin, as well as for Almaviva in The Marriage of Figaro, Malatesta in Don Pasquale, Riccardo in I puritani, and Rodrigo di Posa in Don Carlo.

With the Met he has recently sung: Marcello in Puccini’s La bohème, Silvio in Leoncavallo’s Pagliacci, Dr Malatesta in Donizetti’s Don Pasquale and Enrico in Donizetti’s Lucia di Lammermoor, Escamillo in Bizet’s Carmen, Almaviva in The Marriage of Figaro, Guglielmo in Così fan tutte and Mozart’s Don Giovanni, Riccardo in I puritani and Tchaikovsky’s Eugene Onegin.

At the Covent Garden he sang Don Giovanni, Rodrigo in Don Carlos, Germont in Verdi’s La Traviata, Marcello in La bohème and Tchaikovsky’s Onegin. He went on to perform the role with the Paris Opera, the Teatr Wielki – Polish National Opera, the Bolshoi, Lyric Opera in Chicago, Teatro Real in Madrid, Bayerische Staatsoper, Kraków Opera and the Poznań Opera House. The Paris Opera invited him to perform Szymanowski’s King Roger and Belcore in Donizetti’s L’elisir d’amore. He also performed at the Teatro Maggio Musicale Fiorentino, La Scala, Arena di Verona and Grand Théâtre de Genève, while the Viennese audiences could hear him sing Don Giovanni, Belcore and Riccardo in Bellini’s I Puritani.

In 2012 he released his first solo album, Slavic Heroes (Harmonia Mundi), which won him a Fryderyk award for the classical music debut of the year.