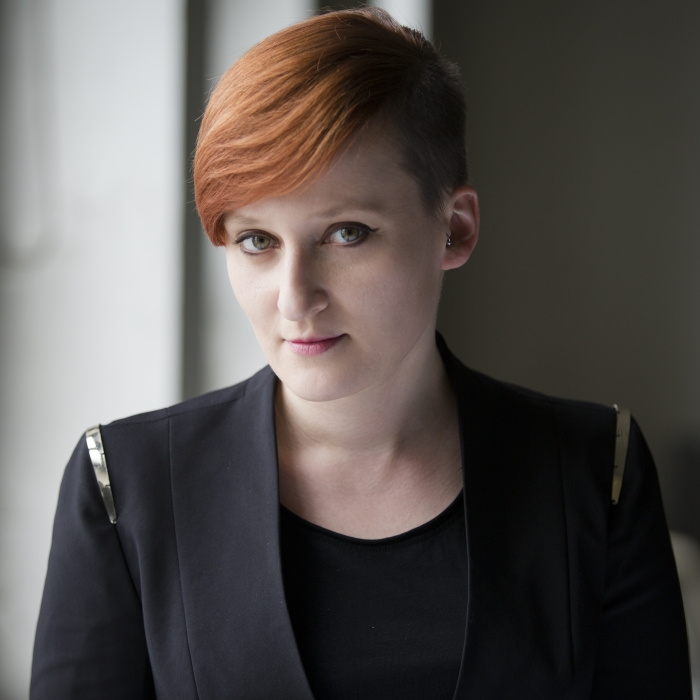 She graduated from the Fryderyk Chopin University of Music in Warsaw in symphony and opera conducting under Professor Marek Pijarowski and piano under Professor Elżbieta Karas-Krasztel. She then participated in master classes taught by conductors such as Colin Metters, Gabriel Chmura, and Jerzy Salwarowski. She also took part in workshops organised by the European Network of Opera Academies during the Edinburgh Festival (UK, 2010) and at the Académie Européene du Festival d’Aix-en-Provence (France, 2011, run by Peter Eötvös).

She debuted at the Teatr Wielki – Polish National Opera in the 2008/2009 season at the age of 24, conducting In the Land of the Magic Flute. She went on to conduct the ballet productions Romeo and Juliet, The Nutcracker, Don Quixote, Tristan, and And the Rain Will Pass… In 2013 and 2014 she was behind the pulpit for the world premieres of the operas for voices and hands by Jagoda Szmytka, Transcryptum by Wojtek Blecharz, Victory over the Sun by Sławomir Wojciechowski, and Solarize by Marin Stańczyk as part of the P Project.

She was assistant conductor for several dozen productions at the Teatr Wielki – Polish National Opera, which enabled her to expand her opera and ballet repertoire significantly. She has worked with Valery Gergiev, Marc Minkowski, Stefan Soltesz, Jacek Kaspszyk, Jerzy Maksymiuk, and Gabriel Chmura. She was also the assistant conductor for Tannhäuser at the Teatro Municipal de Santiago (Chile).

She has worked with the students of the UMFC on opera performances, including: Donizetti’s L’Elisir d’Amorefor the inauguration of the Youth Theatre of the Warsaw Chamber Opera (2013), Benjamin Britten’s A Midsummer Night’s Dream staged at the Polish National Opera’s chamber auditorium (2012), Puccini’s La Bohème, Moniuszko’s Halka (Vilnius version) and Spectres, as well as Schubert’s Die Verschworenen.

In 2011 she was named the best Polish participant of the 5th Witold Lutosławski International Contest for Young Conductors.