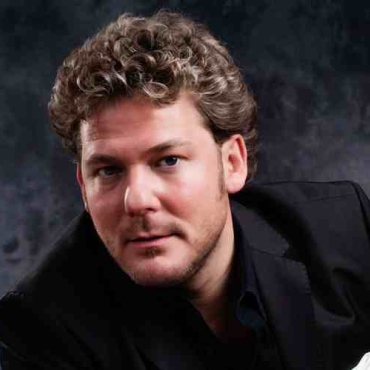 Matthias Rexroth won the 37th Francesco Viñas in Barcelona and the 19th Belvedere Competition in Vienna. He was Cologne Philharmonie’s Rising Star with a tour of major European concert houses. Since then he is considered one of Germany’s versatile male altos. Born in Nürnberg, Matthias Rexroth made his debut at the Stuttgart State Opera with Purcell’s King Arthur. Concert highlights include the Vienna Philharmonic under Riccardo Muti, the Accademia di Santa Cecilia Rom with Fabio Luisi and Nicola Luisotti, ORF-Symphony with Vladimir Fedoseyev, Vienna Symphony under Rafael Frühbeck de Burgos, as well as concerts with Roberto Abbado, Paolo Carignani, Stefan Soltesz, and Donato Renzetti.

He performed the title role in Stefan Herheim’s production of Giulio Cesare in Oslo, and sang Ottone and Admeto at the Handelfestival in Halle (Best Singing Actor nomination, Der Faust 2007 prize). Other Handel operas include Arcane in Teseo in Stuttgart, Athamas in Semele in Essen, Armindo in Partenope under Christophe Rousset, as well as Unulfo in Rodelinda under Nikolaus Harnoncourt at the Theater an der Wien. Frequent collaborations with the latter include Hamor in Jephtha, Didymus in Theodora, and Purcell’s Ode for St. Cecilia’s day at the Vienna’s Musikverein and the Styriarte in Graz. Rexroth performed Telemann’s Der geduldige Sokrates with René Jacobs at the Innsbruck Festival and Berlin State Opera, Ottone in Monteverdi’s  L’incoronazione di Poppea at Hamburg State Opera, Oberon in Britten’s in A Midsummer Night’s Dream in Darmstadt and Gelsenkirchen, Orlofsky in Die Fledermaus in Essen, Ozia in Almeida’s La Giuditta, Handel’s Giulio Cesare and Teseo, as well as Cesti’s Orontea at Frankfurt Opera, and the world premiere of KOLONOS (Oedipus auf Kolonos), written especially for him by Wolfgang Rihm, performed and recorded by the SWR and the Rossini Festival in Bad Wildbad. Other festival appearances include Schwetzingen, Ludwigsburg, Rheingau, Baden-Baden and Shanghai. He has recorded with all major broadcasting companies in Germany: BR, DLR, HR, NDR, SFB, SWR, and Deutsche Welle.

Since spring 2014 he has been professor for voice at the Opera Academy of the Polish National Opera in Warsaw and is often invited to give masterclasses nationally and in Israel, the USA, Germany, China, South Korea, Russia, Japan, and Malaysia. Many of his students are successful young singers of the new generation, engaged at international opera houses.