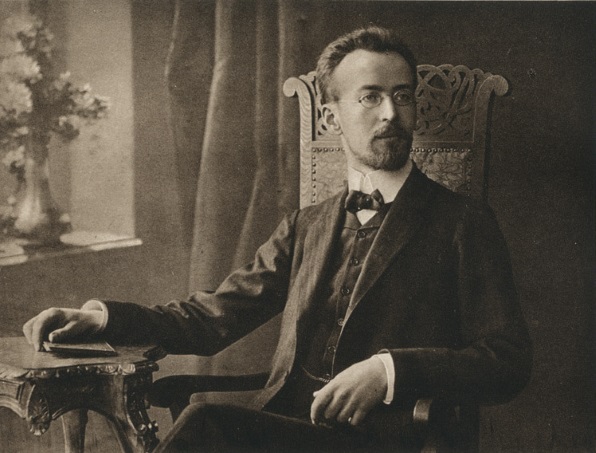 Composer and conductor Mieczysław Karłowicz (1876–1909) grew up surrounded by music. His father, a well-known Polish academic and journalist, played the cello and piano, while his family home was an artistic salon of sorts.

Mieczysław Karłowicz took up violin playing as a child. While the family changed addresses moving to Heidelberg, Prague, Vienna, and finally Warsaw, Mieczysław studied harmony, counterpoint, and composition. In Warsaw he enrolled in university to study science. In 1895 he left for Berlin with the intention to study the violin, yet chose composition instead. He also attended lectures on the history of music, philosophy, and physics at the University of Berlin. While abroad he was a corresponded of a popular Polish magazine ‘Echo Muzyczne, Teatralne i Artystyczne’. Interested in Young Polish poetry, he wrote a series of songs to texts by Kazimierz Przerwa-Tetmajer, a leading poet of the Polish fin de siecle. In his articles, Karłowicz favoured neo-romanticism in music, seeing Richard Wagner’s works as the epitome of the style. In 1901 he came back to Poland and took up efforts to include Polish music in the repertoire of the Warsaw philharmonic hall.

Karłowicz’s own music bridges romanticism and 20th century modernism. He was one of Poland’s most prolific authors of symphony poems. He wrote six altogether, the most famous being Powracające fale (Returning Waves), Odwieczne pieśni (Eternal Songs), and Stanisław i Anna Oświecimowie. He formally supported a group of Young Poland composers advancing modernity in music, of which young Karol Szymanowski was a member.

In 1907 Mieczysław Karłowicz moved to Zakopane in the Tatra Mountains, which was the cultural capital of Poland at the turn of the centuries. Together with other artists he worked to unearth and promote the heritage of the region. He was also a devout mountaineer, one of the pioneers of the discipline in Poland. Mountains proved his last love: he died under an avalanche during a solitary ski trip.