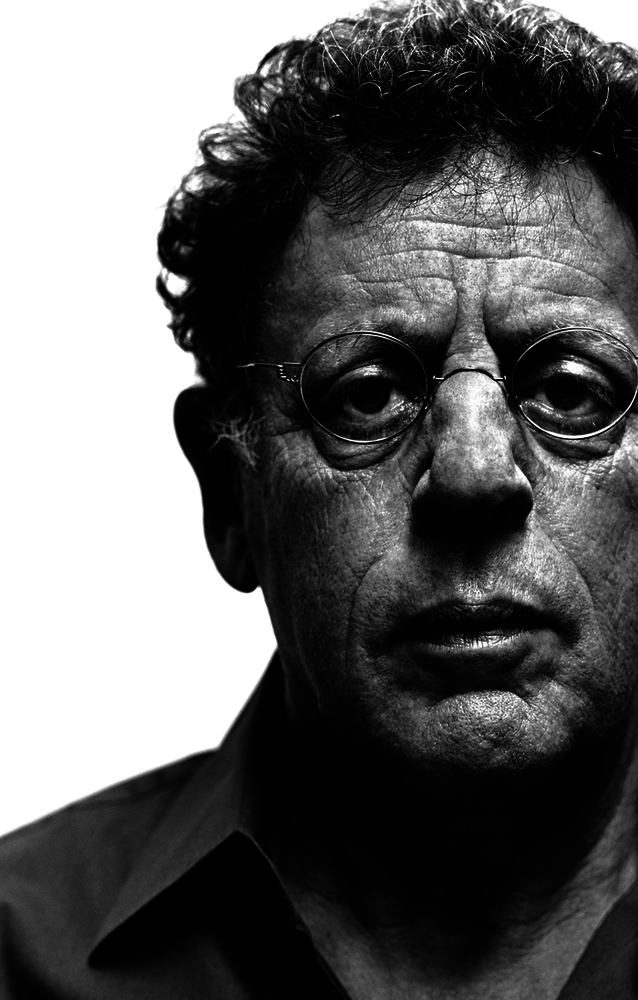 Born in Baltimore, Maryland, Philip Glass is a graduate of the University of Chicago and the Juilliard School. In the early 1960s, Glass spent two years of intensive study in Paris with Nadia Boulanger and while there, earned money by transcribing Ravi Shankar’s Indian music into Western notation. By 1974, Glass had a number of innovative projects, creating a large collection of new music for The Philip Glass Ensemble, and for the Mabou Mines Theater Company. This period culminated in Music in Twelve Parts, and the landmark opera, Einstein on the Beach for which he collaborated with Robert Wilson. Since Einstein, Glass has expanded his repertoire to include music for opera, dance, theater, chamber ensemble, orchestra, and film. His scores have received Academy Award nominations (Kundun, The Hours, Notes on a Scandal) and a Golden Globe (The Truman Show).  In the past few years several new works were unveiled, including an opera on the death of Walt Disney, The Perfect American (co-commissioned by Teatro Real, Madrid and the English National Opera), a song cycle entitled, Ifé, written for Angelique Kidjo, a new touring production of Einstein and the publication of Glass’s memoir, ‘Words Without Music’, by Liveright Books.  In May 2015, the Los Angeles Philharmonic, conducted by Gustavo Dudamel, performed the world premiere of a double piano concerto Glass wrote for Katia and Marielle Labèque.

The Days and Nights Festival, a multi-disciplinary arts festival Glass launched in 2011, will take place again this summer in Carmel / Big Sur and, in November, the Washington National Opera will premiere a revised version of his opera Appomattox, created in collaboration with librettist Christopher Hampton.

Glass will celebrate his 80th birthday on January 31st, 2017 with the world premiere of his 11th Symphony.