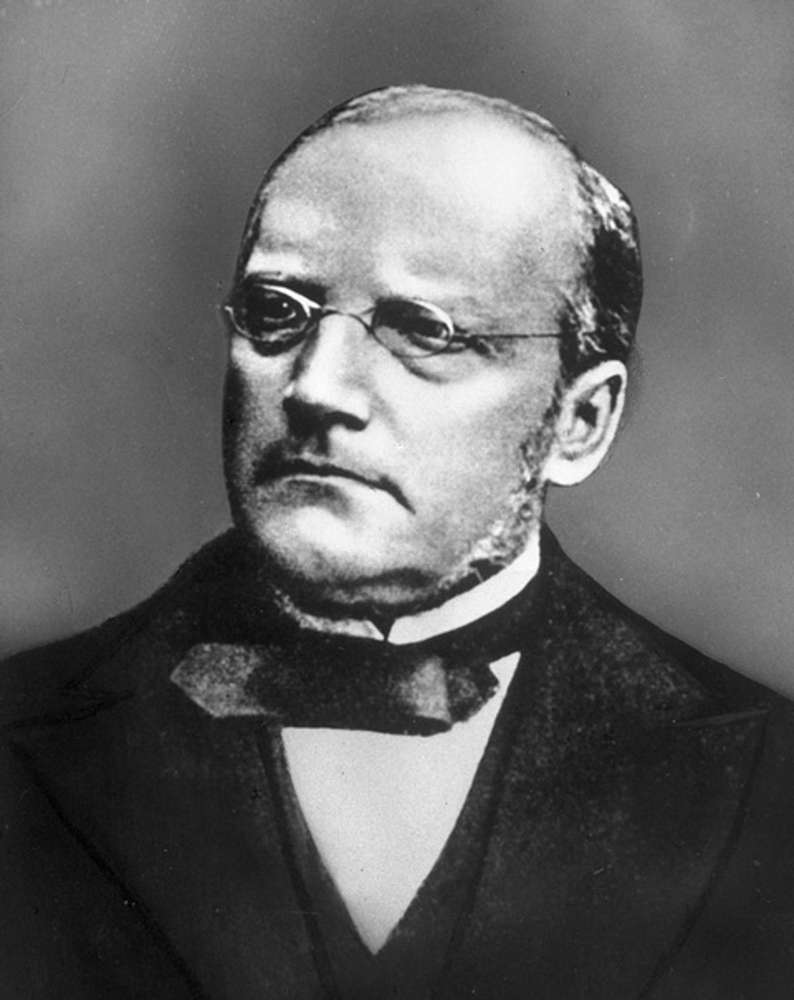 Stanisław Moniuszko (1819–1872) was a Polish composer widely regarded today as the creator of Polish national opera.

He was born in 1819 in Ubiel in present-day Belarus. He began learning music with his mother as a teacher. When the family moved to Minsk, he studied with Dominik Dziewanowski, then trained with August Freyer in Warsaw. Just before the November Uprising (1830), the family went back to Ubiel. In 1836 Moniuszko left again for Berlin to study music with Carl Rungenhagen, the head of the city’s Singakademie.

Having completed his studies in 1840, Moniuszko retuned to Poland. He married Aleksandra Müllerówna, whom he had met a few years back, and settled in Vilnius, earning a living as organist at Saint John’s church. Simultaniously, he was involved in artistic projects meant to animate the city’s music life. He organised performances of his operas and operettas in private salons. In 1847, under the influence of Włodzimierz Wolski, a man of letters from Warsaw, Moniuszko wrote the two-act opera Halka, which was performed in a concert version in Vilnius, yet enjoyed merely local success. However, the composer’s contacts with Warsaw’s bourgeoisie and aristocracy, e.g. Józef Sikorski, editor-in-chief of the music magazine ‘Ruch Muzyczny’, and General Ignacy Abramowicz, director of the state theatre administration, were to bring a significant shift in Moniuszko’s life and career.

The turning point came in 1858, when a new, four-act, version of Halka was given its debut. Soon afterwards, General Abramowicz appointed Moniuszko Conductor of Polish Operas at Warsaw’s Teatr Wielki. From that moment on, Moniuszko would present a new opera each subsequent year. His Flis (The Raftsman) was give a debut at the end of 1858, Hrabina (The Countess) premiered in 1860, and Verbum Nobile opened in 1861. As  tensions were growing in Warsaw on the onset of the January Uprising (1863), the premiere of Moniuszko’s The Haunted Manor was delayed. Considered Moniuszko greatest achievement along with Halka, it was given a debut only in 1865. Before he died, Moniuszko had managed to complete Paria and Beata, leaving a few other works unfinished.

Having settled in Warsaw, Moniuszko took up a post at the newly-opened Institute of Music, teaching harmony and counterpoint. Moniuszko’s large family (Stanisław and Aleksandra had ten children) lived close to the Teatr Wielki: today you can see plaques commemorating the composer on the walls of buildings on Mazowiecka Street and in the Old Town. Stanisław Moniuszko went down in history as ‘the father of Polish opera’ and a leading Polish composer of art songs. He compiled a collection of over two hundred songs called Śpiewnik domowy (Songbook for Home Use), which is a valuable counterpoint to the Romantic legacy of Franz Schubert and Robert Schumann. The most popular song in the collection is Prząśniczka.

Stanisław Moniuszko died of heart failure on 4 June 1872 in Warsaw and was buried in the Powązki Cemetery. A museum devoted to him was established in Ubiel in the 1980s. Most of his works are held at the Library of the Warsaw Music Society, which Moniuszko co-founded.