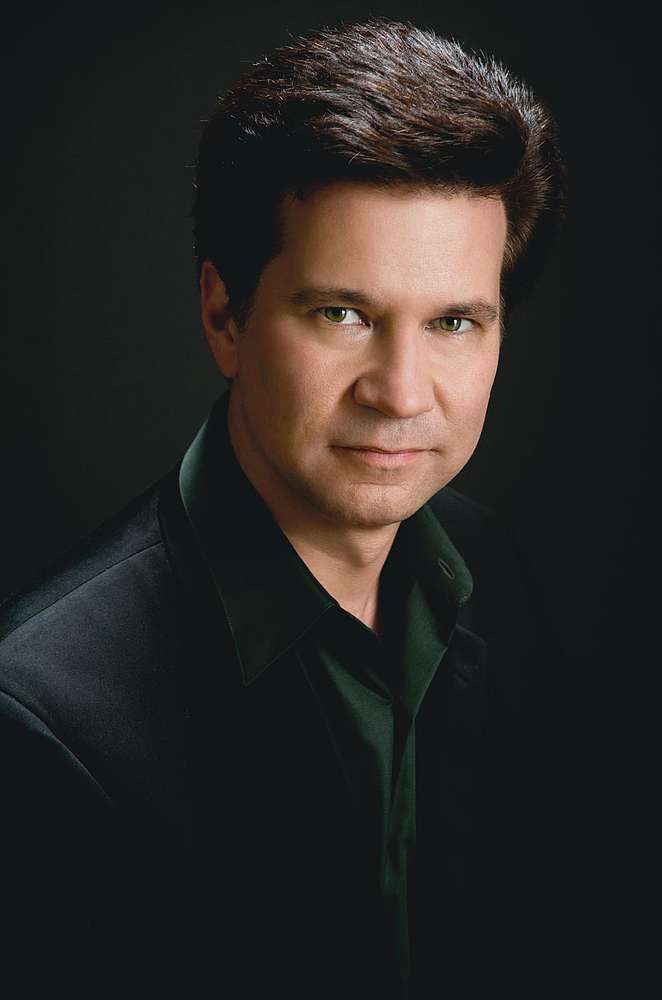 Steven Scheschareg has made a name for himself with his striking stage presence, strong voice, wide-ranging artistic capabilities, and is winner of the prestigious George London Prize of the Vienna State Opera. As son of Austrian immigrants, he was born in Brooklyn, New York. As a child performer, he received his first musical experiences in New York in Broadway musicals. He went on to study singing, conducting, history, and acting at the Juilliard and Eastman Schools of Music in New York with Jan DeGaetani and Thomas Hampson.

He began his career in Europe at the Landestheater in Linz, Austria and the Neue Oper Wien in Vienna, Austria. Since these first engagements, he has been invited to sing in theaters in Germany, Austria, Italy, Switzerland, Norway, and China. His opera repertoire includes Escamillo in Carmen, Marcello in La Bohème, the Father in Hänsel und Gretel, Don Pizarro in Fidelio, and the Mozart roles of Figaro, Don Giovanni, and Guglielmo. He recently debuted at the Bavarian State Opera in Munich as Lieutenant Redburn in Britten’s Billy Budd. He is currently engaged at the Nationaltheater in Mannheim and the Vienna Volksoper. As a result of his opera successes, he was awarded the George London Prize of the Vienna State Opera.

As a concert singer, he performs regularly in Vienna’s Konzerthaus, and has also sung in the Musikverein Vienna, Brucknerhaus Linz, Stephaniensaal Graz, New York’s Lincoln Center, the Kennedy Center in Washington, Munich’s Am Gasteig, as well as the Musikhalle in Hamburg. With the Austrian Radio Symphony Orchestra, Bruckner Orchestra Linz and the London Symphony Orchestra he has performed with conductors Dennis Russell Davies, Michael Tilson Thomas, Michael Gielen, and Hans Graf.

In the operetta capital Bad Ischl, Austria, Steven Scheschareg celebrated a hilarious success as General Kantschukoff in Suppe’s Fatinitza. A newly released CD recording of the unknown treasure has received significant critical acclaim. In the genre of operetta, he has also been successful singing Dr Falke in Die Fledermaus, Graf Homonay in Der Zigeunerbaron, Graf Bogumił in Der Bettelstudent (Seefestspiele Mörbisch) and E.W. Potterton in Nico Dostal’s Clivia. A longtime resident of Vienna, he has appeared in numerous operetta galas and concerts.

On Broadway itself he began to appear in musicals as a child performer. He was seen in productions of South Pacific and Sound of Music and later joined the cast of West Side Story. In Europe, he debuted in Baden in the first Austrian production of Oklahoma! In Vienna has sung in Bernstein’s Mass, Trouble in Tahiti, Wonderful Town, and Candide, as well as Guys and Dolls with Wayne Marshall and Kim Criswell, and Kurt Weill’s The Firebrand of Florence with Thomas Hampson.

On CD recordings are available of his performances as Maschinist Hopkins, Ezechiel in Das Staunen des Ezechiel, General Kantschukoff in Fatinitza, and Kaczyński/Mittelstaedt in All Quiet on the Western Front. He has also recorded songs by Barber, Copland, von Einem, and Mozart, and the first recording of the Scottish Folk Songs of Pleyel. Because his family were forced to leave Austria, a personally important project is his CD recording Lieder der Vertriebenen with Lieder by Schönberg, Zemlinsky, Schreker and Max Brand.

Upcoming engagements for 2017 include the world premiere of Avner Dorman’s Wahnfried at the Badisches Staatstheater Karlsruhe, Eugeniusz Knapik’s Moby Dick at the Teatr Wielki – Polish National Opera in Warsaw, and at the Lehar Festival Bad Ischl in Lehar’s Die lustige Witwe, Kalman’s Kaiserin Josephine and a solo concert dedicated to operetta composers exiled to the USA.