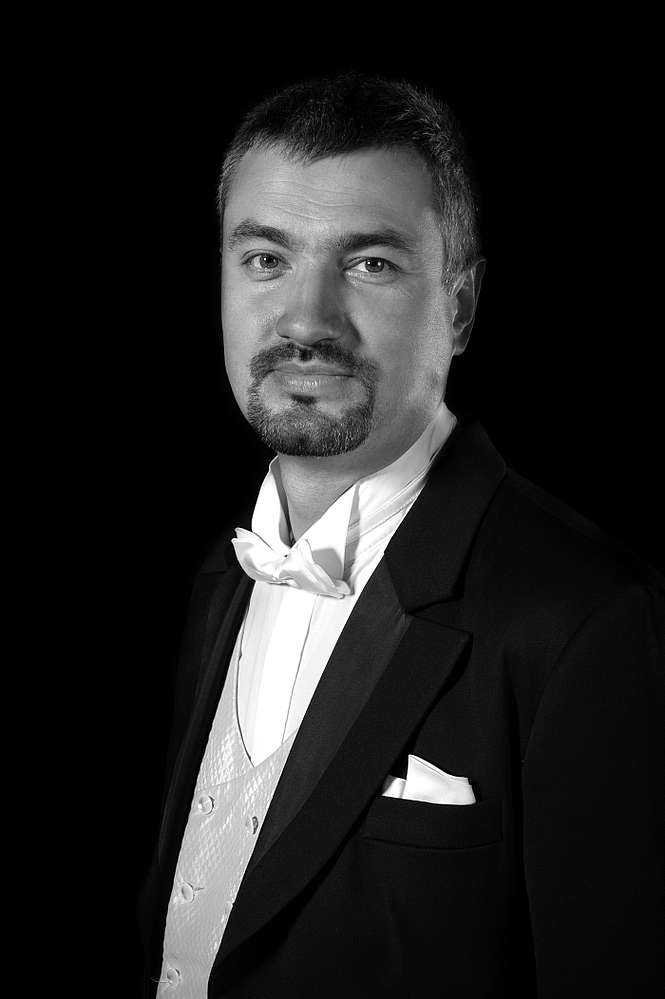 Born in Drohobych, Ukraine, Volodymyr Pankiv studied voice at the Mykola Lysenko National Music Academy in Lviv and the Kraków Academy of Music, from which he graduated in 2004.

Volodymyr Pankiv is a soloist of the Kraków Opera, having made his debut there as Sarastro in Mozart’s The Magic Flute. In Kraków he also sang Colline in La Bohème, Raimondo Bidebent in Lucia di Lammermoor, Stolnika in Halka, Father Rangier in The Devils of Loudun, Méphistophélès in Faust, Il Commendatore in Don Giovanni, Prince Gremin in Eugene Oniegin, Dr Dulcamara in L’elisir d’amore, Bartolo in The Marriage of Figaro, Ferrando in Il trovatore, King of Clubs in The Love for Three Oragnes, the title role in Boito’s Mefistofele (including opening performances in Trondheim, Norway).

Outside of Kraków he performed in Poznań and Lviv (Zaccario/Nabucco), Opera Lyra, Ottawa (Basilio.The Barber of Seville), as well as at the Teatr Wielki – Polish National Opera in Warsaw, Wrocław Opera and Opera na Zamku in Szczecin. He also performs cantatas and oratorios, e.g. he has sang the solo parts in Mozart’s and Verdi’s Requiem and Wojciech Kilar’s Missa pro pace.