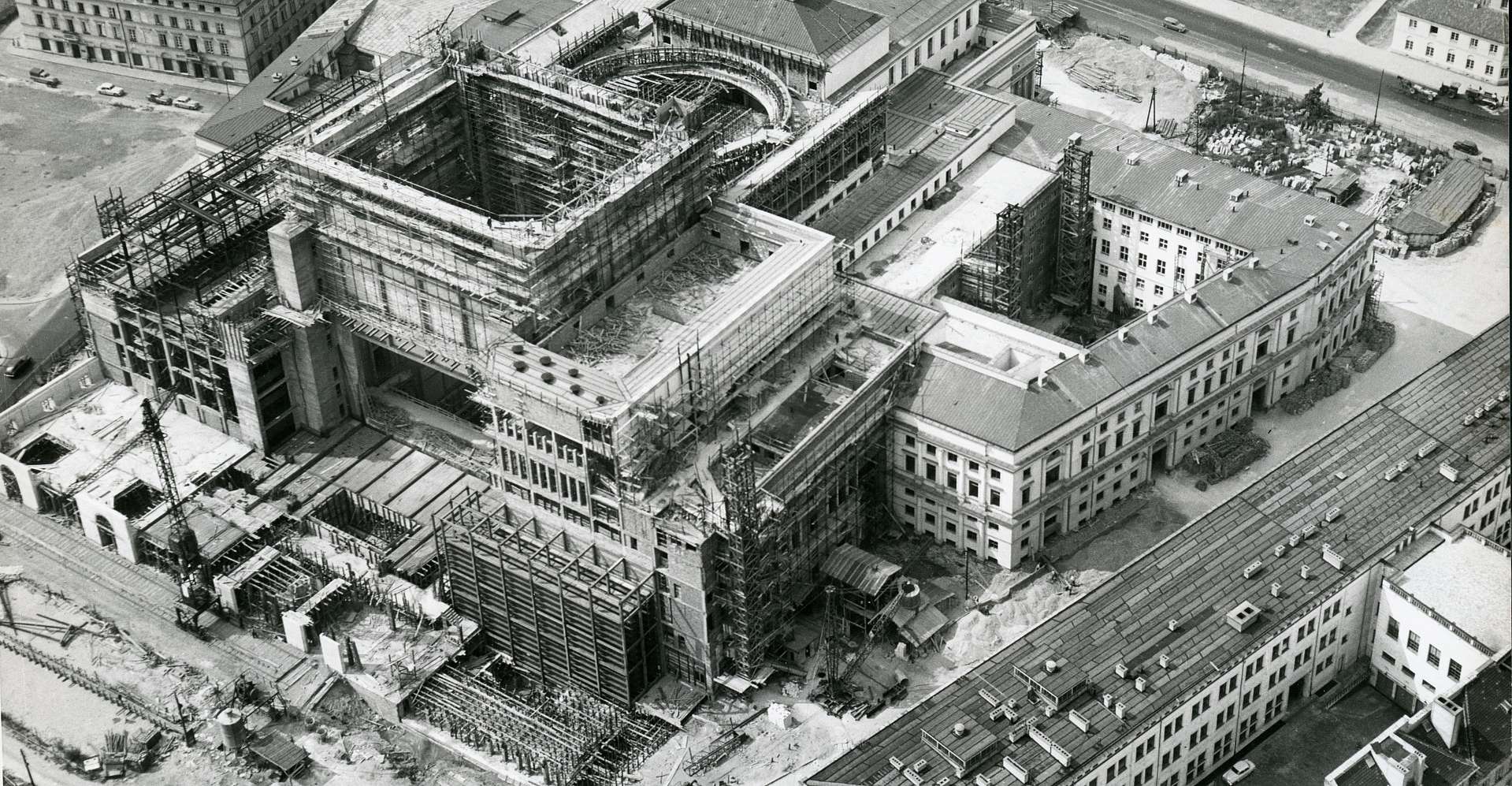 The Teatr Wielki, today the home of the Polsh National Opera and Polish National Ballet, was originally erected between 1825 and 1833 according to a design by Antonio Corazzi. It than underwent a few modifications. During the 1939 siege of Warsaw the theatre was bombed and reduced to rubble. After the war ended, it was rebuilt and extended. The huge reconstruction effort took 20 years (1945–1965) to complete, during which time the company performed at different venues. The official opening of the brand new opera house was held on 19 November 1965. The year 2020 marks 55 years since that day.